Bengal Polls 2021: Will Amphan after-effects hit Mamata in her stronghold

In the aftermath of last year's supercyclone, it would be interesting to watch how residents of North 24 Parganas respond at the ballot box 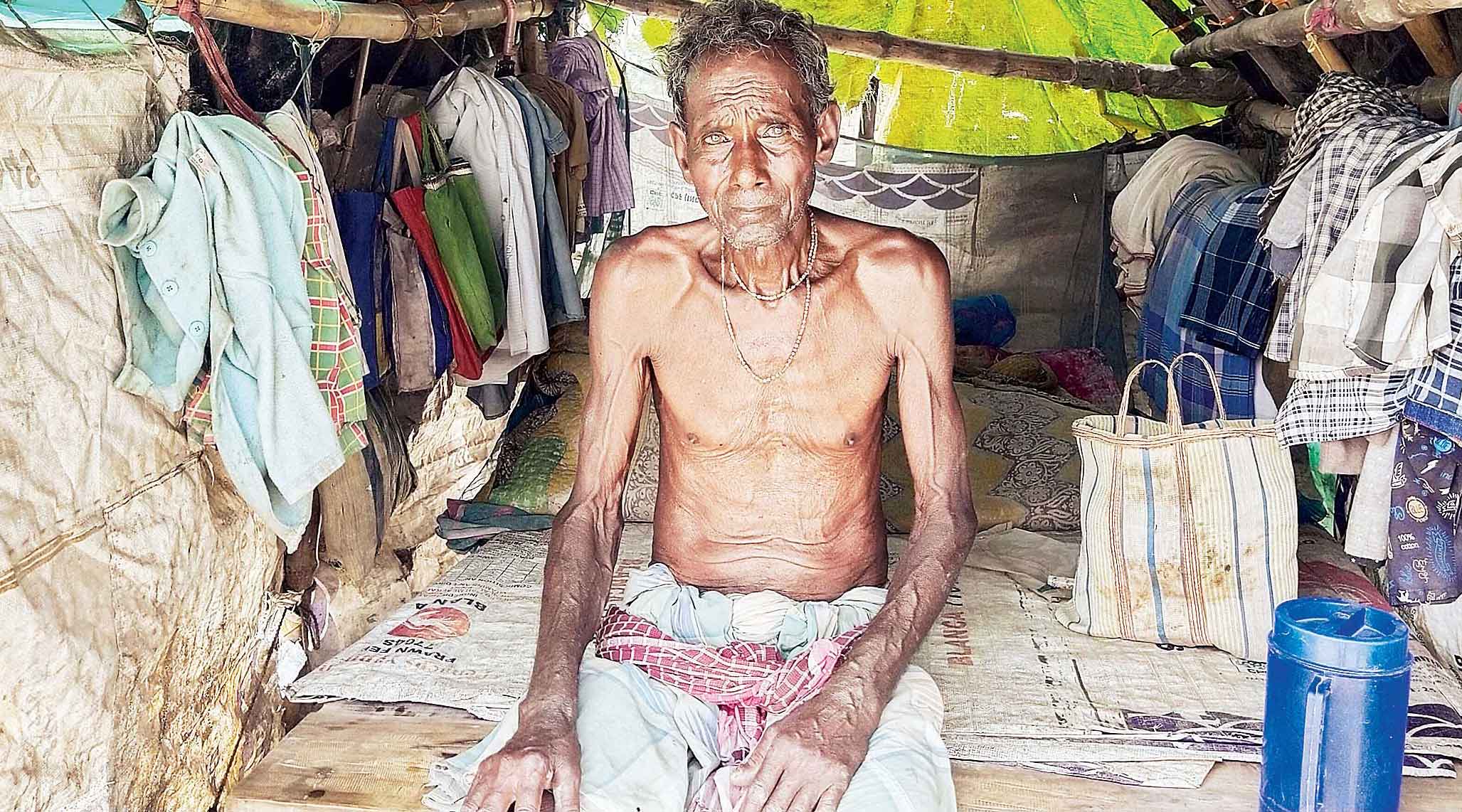 Seated on an earthen dam under the scorching sun with his two grandsons, 70-year-old Robin Koyal of Patlikhanpur village in North 24-Parganas’ Hingalganj stares at the sky. The elderly farm labour is apprehending a “Kal Baisakhi” in the last fortnight of the Bengali calendar year.

“Roder tej barlei jhorer bhoy hoi... Gato bachoro tai hoyechilo (whenever the sun beats down, we apprehend a storm),” he tells this correspondent with a vacant look, referring to last year’s Cyclone Amphan that wreaked havoc and rendered him homeless.

Ten months after Amphan, when political parties are making promises galore to woo voters ahead of elections, impoverished Patlikhanpur village in the Sunderbans is no exception.

Koyal remains homeless and has been literally living under the sky — in a 6ft-by-5ft ramshackle tent with his ailing wife. He lost his house in Amphan but received no immediate financial relief, except tarpaulin and a packet of flat rice (chira). For the last 10 months, the elderly couple and the family of his only son have been surviving on rice and atta provided by the government.

With monsoon barely two months away, the septuagenarian and his neighbours are living in fear of a fresh onslaught that would scar their lives again.

Koyal and at least 42 other families live near a thatched earthen dam along the embankment of the Dasa river, a tributary of the Ichamati. Every year, the dam gets swept away by tidal waves stirred up by seasonal cyclonic storms.

“Calamities of varying proportions visit us every year.… This year won’t be any different. This time I will probably lose my only shelter,” Koyal says, adding that he has no money for repairs because he has no work. Many agricultural fields in the area have been converted into fisheries and Koyal is too frail to work there.

During the last 50 years Koyal and his neighbours like Ranjit Mondal, 65, Biswajit Mondal, 68, and Suren Koyal, 63, have seen villagers appealing to the powers that be for the construction of a pucca dam or a reinforced cement concrete (RCC) dam along the river bank, but to no avail.

After the severe cyclonic storm Aila hit Bengal in May 2009, the Left Front government had announced that all earthen dams in the Sunderbans would be converted into RCC ones. The project did not proceed beyond a few dams in Sandeshkhali.

“Voting has become meaningless for us. It is clear now that there will be no change in our lives. A pucca dam could have brought some change, but that never happened. Every year we lose our house and small savings and try to rebuild our lives from scratch. But, last year’s Amphan has robbed us of our mental strength too,” says Ranjit Mondal.

“Over 100 families once lived in this village, but they gradually left to settle elsewhere. We could not for lack of money. Our financial situation has only deteriorated since last year. Now we can’t even imagine leaving this village as we don’t have any income,” he adds.

Most families in the area have not got work in the past 10 months under the MGNREGA, the central government’s flagship 100-day rural job scheme.

“A scheme supervisor had asked me to hand over my card to him and offered me Rs 2,000, but I refused. We have not got work since then. The panchayat had engaged us to repair the dam just after Amphan but we are yet to get our wages,” says Joyanti Mondal Koyal, a young homemaker in Patlikhanpur.

Supervisors are usually workers of the ruling party.

“For the past few months most of us have been trying to catch fish in bheris abandoned due to high salinity. We manage to catch some crabs and prawn, which fetch us Rs 50 a day at most,” Joyanti says.

Patlikhanpur is not an aberration. Many villages at Minakhan, Haroa, Sandeshkhali and Basirhat in North 24-Parganas and Gosaba, Patharpratima, Sagar, Kakdwip and Canning in South 24-Parganas have been struggling since Amphan.

Trinamul leaders like Sunil Singh, a panchayat member at Patlikhanpur, does not think the failure to construct a pucca dam will be an issue in the elections.

“The BJP has been trying to make it a poll plank, misleading the people. But people will vote for Didi (Mamata Banerjee) without any doubt,” Sunil says.

Gostho Singh, a former Trinamul leader and panchayat member, does not agree.

“People like Sunil Singh can hardly ever realise the pain and sufferings of people. He is not bothered about how people are living under the open sky in constant fear of further doom. He and his party men have deprived the Amphan victims of relief materials, compensation, shelter under housing schemes and even jobs under the MGNREGA. These people don’t think twice before demanding Rs 20,000 from the poor to get them houses under government schemes. I have left the party in disgust,” Gostho says.

In areas like Hingalganj, Minakha and Haroa, where acres of agricultural land have been converted into bheris over the past few years, many farm labourers have been left jobless.

Ranjit Mondal, the Hingalganj resident, says: “Earlier I used to work as a farm labourer. But frequent inundation has increased the salinity of the soil and compelled landowners to turn to fish farming. There are many like me who are too old and weak to work in bheris. Now most of us work in brick kilns, where work is available for barely five months a year. A pucca dam could at least help us to survive.”

Hingalganj’s sitting MLA and Trinamul candidate Debesh Mondal says: “The absence of a pucca dam is a genuine problem, but not an election issue. I am hopeful the new Trinamul government will solve this problem”.

His BJP rival Nimai Das counters: “Trinamul will get no more time. Once Kal Baisakhi hits the region, whatever is left of the earthen dams will be destroyed once again, inconveniencing thousands of families.”

None knows the situation better than CPM leader Kanti Ganguly. The former minister had led villagers to repair earthen dams in the aftermath of Amphan.

Speaking to The Telegraph on the delay in building concrete dams, Ganguly accused the Mamata Banerjee government of showing little interest in taking forward the initiative of the Left Front government.

Trident of worries for Trinamul in South 24-Parganas bastion