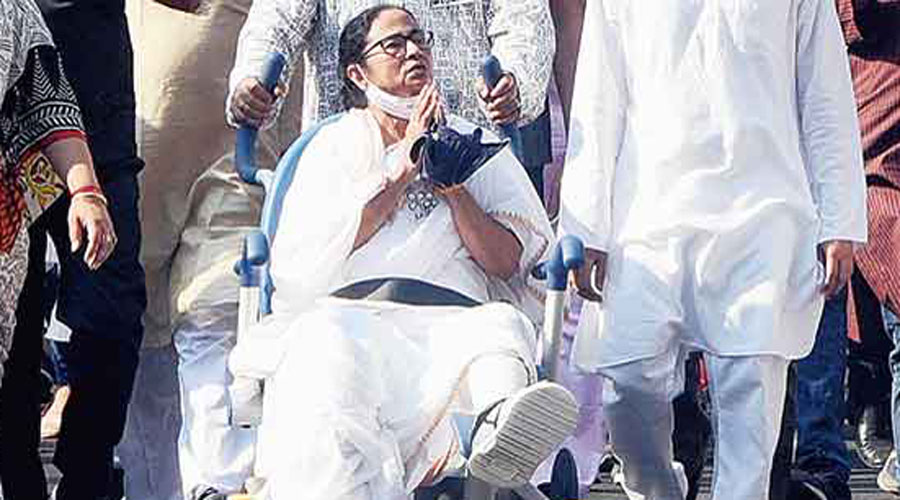 Chief minister Mamata Banerjee on Sunday indicated for the first time that her leg injury had “substantially improved” and her plaster would be removed soon.

Mamata had suffered injury to the left ankle while she was campaigning in the Nandigram Assembly segment in East Midnapore on March 10.

Speaking at a Trinamul Congress workers’ meet in Behrampore, the chief minister said: “For a month and 20 days in a row, I have not been at home. I have been outside roaming for the election campaign. I did not take a leave even on Poila Boisakh (April 15) as I held a rally in Calcutta. Otherwise, I could not get time to hold the rally in Calcutta.... I am sorry to say I could not campaign much in Murshidabad, Malda and Birbhum. But now, my injured leg has healed. I think I am doing better now.”

“I have been out for 10 days at a stretch, so I could not even get the plaster removed. Now, I will return home and get it (the cast) removed,” she added.

Nonetheless, the chief minister did not put a halt of more than a few days to her state-wide election campaign trail.