Advertisement
Home / West-bengal / Weeks’ wait for some in Bowbazar

Weeks’ wait for some in Bowbazar

As many as 68 buildings in Bowbazar had developed cracks 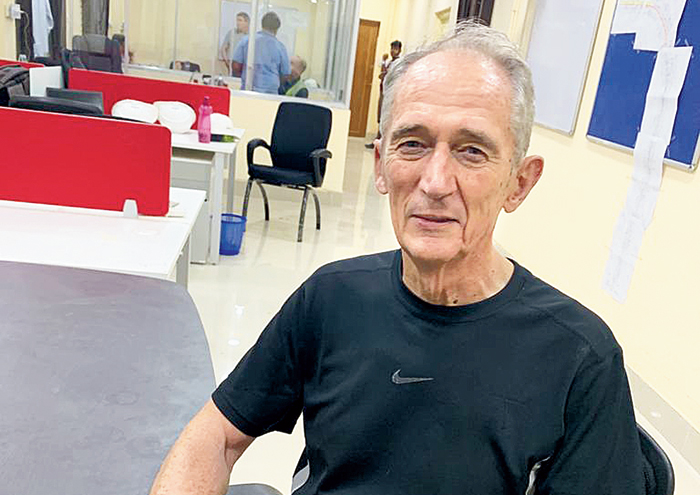 The engineer, however, warned that it might take weeks for the residents of the buildings which are at or near the epicentre of the disaster but are in a comparatively better condition to return home.
Sanjay Mandal   |   Kolkata   |   Published 25.09.19, 08:16 PM

Demolition of crumbling buildings in Bowbazar has gained momentum because excavators and trucks are finally entering the narrow lanes, said John Endicott, the British engineer who is supervising repair and restoration in the subsidence zone.

The engineer, however, warned that it might take weeks for the residents of the buildings which are at or near the epicentre of the disaster but are in a comparatively better condition to return.

As many as 68 buildings in Bowbazar developed cracks after a machine boring a tunnel for East-West Metro had hit a giant aquifer on August 31, triggering large-scale subsidence. Several buildings in Durga Pituri Lane and Syakrapara Lane need to be demolished because they are damaged beyond repairs.

The 16.5km East-West Metro will connect Salt Lake Sector V with Howrah Maidan and run under the Hooghly.

“The demolition process is now more than 10 times faster than what it was till last week. Because excavators and big trucks are able to access the site and we have a working space,” said Endicott, who was flown in from Hong Kong by Kolkata Metro Rail Corporation, the implementing agency of the Metro project.

Till last week, dismantling and removal of the debris were being done manually because of two reasons — lack of space in the lanes for excavators and trucks and the risk of using machines to pull down crumbling and leaning buildings.

But now excavators and trucks that can carry six tonnes of rubble are being able to enter the lanes.

“There are several factors for this. The upper floors of the crumbling buildings have been brought down by men using hammers. Now that the height of the buildings has come down, it is safe to use excavators,” said Endicott, who has been involved in boring tunnels since 1975 and has worked in Hong Kong, Taiwan, Singapore, Thailand, Indonesia and also in Mumbai and Delhi.

With the affected buildings losing height, he said, there is enough space for the excavator to turn around and scoop the debris and dump them on trucks.

“The faster the demolition, the better the chance of residents of the relatively safer buildings to return,” said Endicott. However, it is still not safe for the occupants of buildings near the epicentre of the destruction to return.

“There are still buildings that are leaning and men are lowering those. The occupants of the comparatively safer buildings in the epicentre area have to pass through the roads where these crumbling buildings are located,” Endicott said.

“A few people have been able to move into buildings that are set back from the demolition area. I expect that as work progresses, more people will be able to move back but some buildings might not be accessible for several weeks.”