Incidents of violence were reported from Murshidabad and North 24 Paraganas districts, and rural Howrah 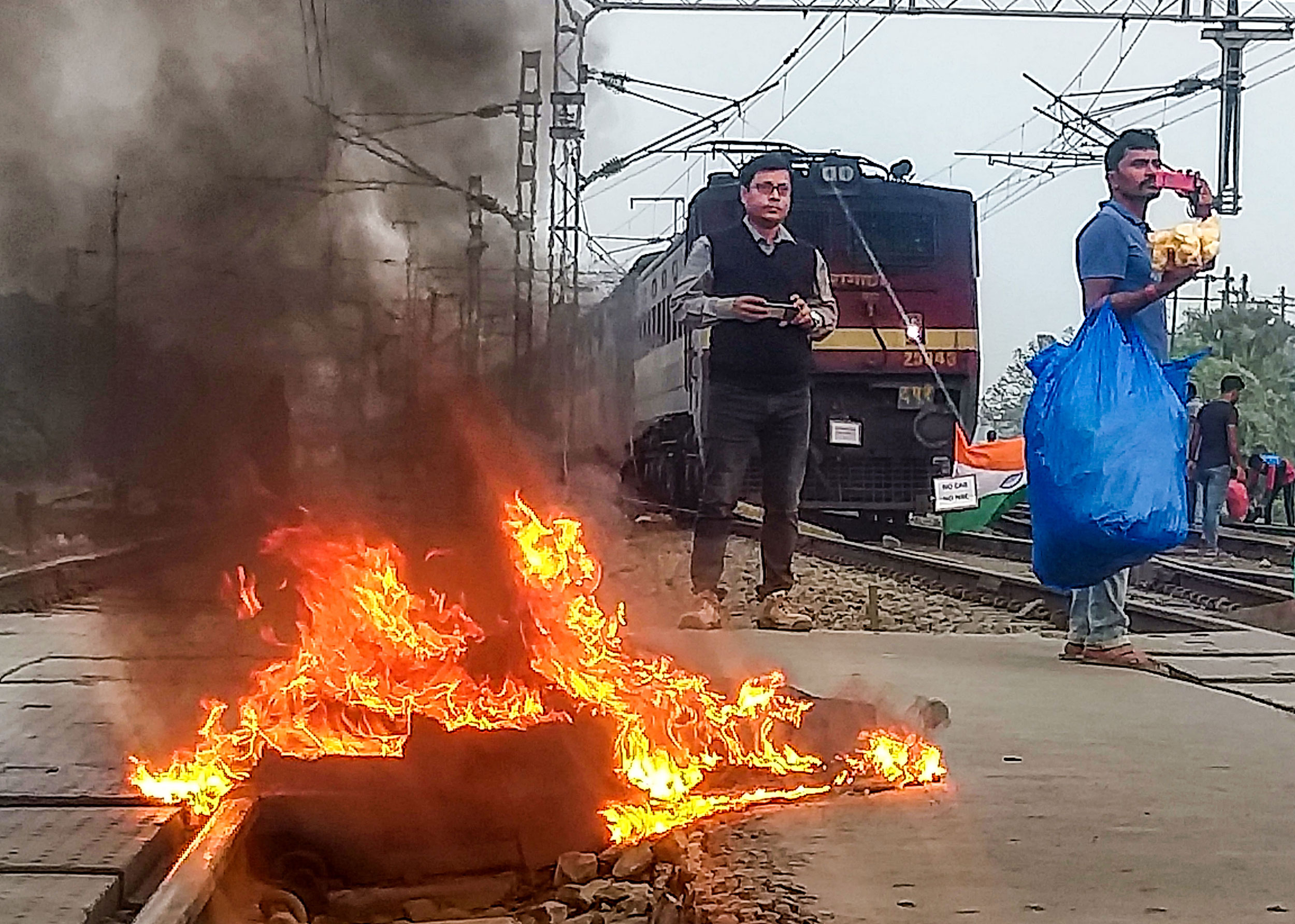 Incidents of violence were reported from Murshidabad and North 24 Paraganas districts, and rural Howrah, police said. Angry protestors torched around 15 buses, both public and private, and blocked traffic on the arterial Kona Expressway in Howrah that connect both NH6 (Mumbai Road) and NH2 (Delhi Road) to Kolkata, the police said.

Traffic movement along the expressway came to a standstill, they said. The National Highway 34, one of the main roads that connect north and south Bengal, was blocked in Murshidabad. Buses were also set on fire there, the police said.

Several other roads in the district were also blocked, they said. In Howarh district's Domjur area, the National Highway 6 was blocked as protestorsr set tyres ablaze and ransacked several vehicles, the police said.

A huge police contingent was at the spot to control the situation, they said. Since last night, 20 shops have been set on fire in Bagnan area of Rural Howrah, an official said.

A portion of the Sankrail railway station complex in Howrah district was also set on fire in the afternoon by hundreds of protestors, they said. They also thrashed personnel of the Railway Police Force present at the station.

Train movements were also blocked in the Sealdah- Hasnabad section of the Eastern Railway. The agitators staged sit-ins on the tracks at Shondaliya and Kakra Mirzapur stations of the section, a railway spokesperson said.

Train services have also come to a halt in the Howrah-Kharagpur section of the South Eastern Railway since 11 am, as protesters sat on the tracks at Sankrail, Nalpur, Mourigram and Bakranawabaz stations, said zonal spokesperson Sanjoy Ghosh.

Twenty trains, including eight express trains, have been stopped at various stations in the South Eastern zone, a railway official said. Several trains have also been cancelled in the stretch.

Some trains were also short terminated.

Protests over the amended Citizenship Act reached the shores of West Bengal on Friday, with agitators resorting to violence and arson at railway stations and thoroughfares across the state, seeking immediate revocation of the law.

The legislation has put the entire Northeast on the boil as people fear that it may exacerbate the problem of illegal immigration, while Muslims across the country apprehend that the move could be a precursor to the country- wide implementation of the National Register for Citizens (NRC).