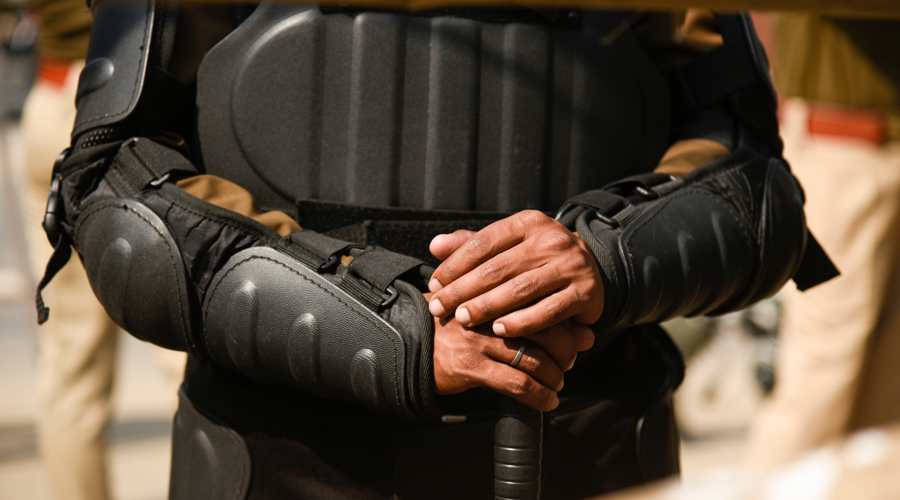 Violence sparked at a village in Dhupguri block of Jalpaiguri district on Thursday after the death of a woman who was allegedly attacked by some people over land.

Villagers also attacked the police and their vehicles. Police had to charge batons and burst teargas shells to disperse the crowd. Rapid Action Force (RAF) and central paramilitary forces were brought to the village.

Sources said there had been repeated altercations recently among two families of Madhya Dahukimari village, Dhupguri, over a plot of land.

A few days back, the families clashed and Minati Roy, 40, from one of the families, suffered injuries. A complaint was filed with the police and she was taken to North Bengal Medical College and Hospital.

The police filed a case against some accused who got bail, angering Minati’s kin. Minati died on Wednesday night.

As news spread, angry villagers started demonstrating since Thursday morning.  When a Dhupguri police team went to Madhya Dahukimari, some people pelted stones and bricks at them and targeted their vehicles, some ran to the homes of the accused and thrashed them. People alleged the police did not take proper steps against those who had beaten up Minati. Finally, the police had to chase them with batons and burst teargas shells. Ten persons, including a woman, have been detained.

Five persons carrying a kilo of brown sugar and Rs 10,000 in cash were arrested by the police in Malda on Wednesday night during a special checking drive on NH12.

Police sources said the arrested were coming in a pick-up van from Siliguri which was stopped near Simuldhab area under Malda police station.

A packet containing around a kilo of brown sugar (an adulterated derivative of heroin), and Rs 10,000 in cash were seized from them.

“They were arrested and taken into custody. A case under NDPS Act has been initiated against them. We are trying to find out the source from where they had obtained the narcotic substance, their destination and other details,” said Alok Rajoria, SP, Malda.

Those arrested have been identified as Aviram Mandal, Biswajit Ghosh and Dhananjoy Halder of Malda and Azhar Ali and Sonaram Mahato of the neighbouring South Dinajpur district.

In a separate incident, the police arrested Asraul Sheikh from Baliadanga area under Kaliachak police station on Thursday morning and seized an improvised firearm and a live bullet from him.

Asraul was wanted in a number of cases, police sources said.