Violence in Kharagpur and Barrackpore 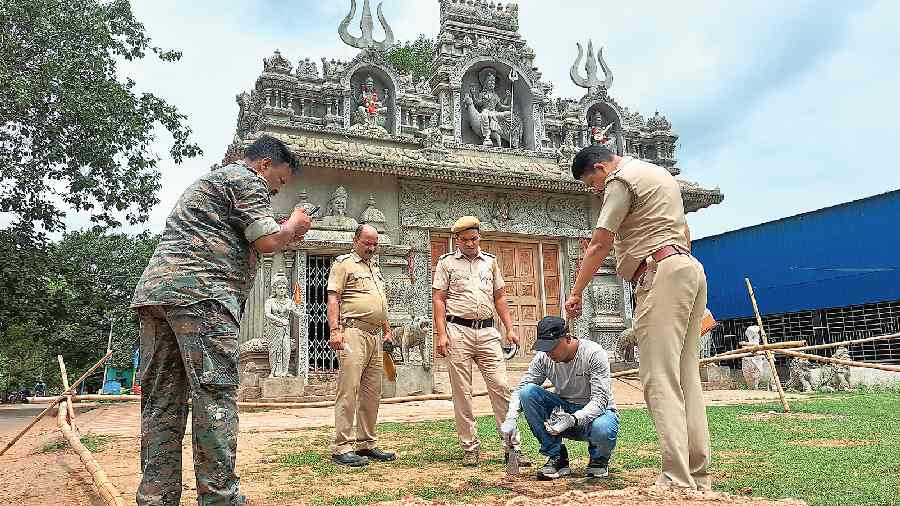 Two businessmen were shot dead at two separate places in the state on Monday night unleashing tension in the business community of the two districts.

In Duttapukur of North 24-Parganas, Manmatha Mondal, an elderly businessman and a former BJP activist, was killed by unidentified goons on a motorcycle when he was walking back home from the market.

In the other incident that occurred in ward 20 of Kharagpur town, assailants on a scooter fired at least 10 rounds targeting businessman Venkat Prasad Rao, 40, killing him on the spot. The deceased was a known Trinamul activist in the area.

Police said that around 7.30pm on Monday night, two persons on a motorcycle began indiscriminate firing in the Kashimpur-Khejurtala area of Duttapukur town.

They blocked the way of Manmatha Mandal, 67, a land property dealer, when he was returning home. Eyewitnesses claimed that after an altercation one of the goons fired him in his chest and head. He was taken to Barasat state general hospital where he was declared dead.

Starting a murder case on the basis of a complaint lodged by his son Kamalesh Mandal, a WBCS aspirant, police have arrested Manik Byapari, one of the three suspects named in the FIR.

“Manik and two others had been threatening to kill my father for a long time. We had told the police, but they took no action,” the victim’s son said.

An investigating officer said: “Preliminary investigation suggests that the businessman was killed over some enmity he developed with some persons over recent business dealings. His family members have told us about the suspected role of some persons. We have already arrested one of them, while others have fled.”

In the Kharagpur incident, trader Venkat Prasad Rao was shot dead at 10pm when he was speaking to some associates standing near a temple. He was taken to Kharagpur Railway Main Hospital, where doctors declared him dead.

Kharagpur Town Police have begun a murder probe. However, till Tuesday evening no one could be arrested in this connection. “The assailants covered their faces with masks and managed to flee fast. We are speaking with the family to know about his possible enemies,” a police official said.

Municipality chairman Pradip Sarkar said: “We have told police to maintain law and order and nab the culprits who killed our party activist (Rao).”