Nine kids aged between six and 11 years were injured 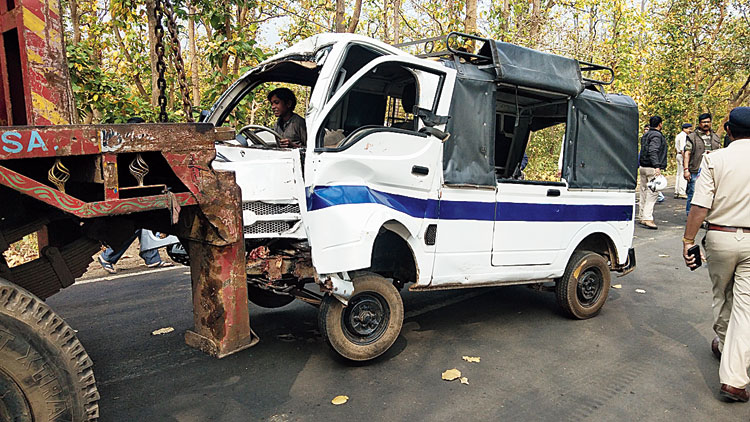 Nine kids aged between six and 11 were injured when a speeding truck trying to escape some policemen allegedly demanding money hit the kids’ pool car on way to school near Durgapur on Wednesday.

The driver of the pool car was also injured. The children, including three girls, were admitted to a private hospital in Durgapur. Three were discharged later in the day. The children were students of Sri Ramakrishna Sevashram Vidyapith in Kanksa’s Domra.

Residents alleged that the truck driver tried to overtake another lorry stopped by the cops for collecting money, hit the school van, crashed into a tree and caught fire. The truck driver fled.

Shyamapada Banerjee, the grandfather of Rajendranath, a Class IV student in hospital with multiple injuries, said: “I live in tension till my grandson returns home from school. Rash driving of trucks has increased.”

On February 5, a Class VIII student had died after a truck overturned on him in East Burdwan’s Memari while fleeing cops allegedly collecting money.