Trinamul says BJP ruckus in assembly a 'blot on democracy' 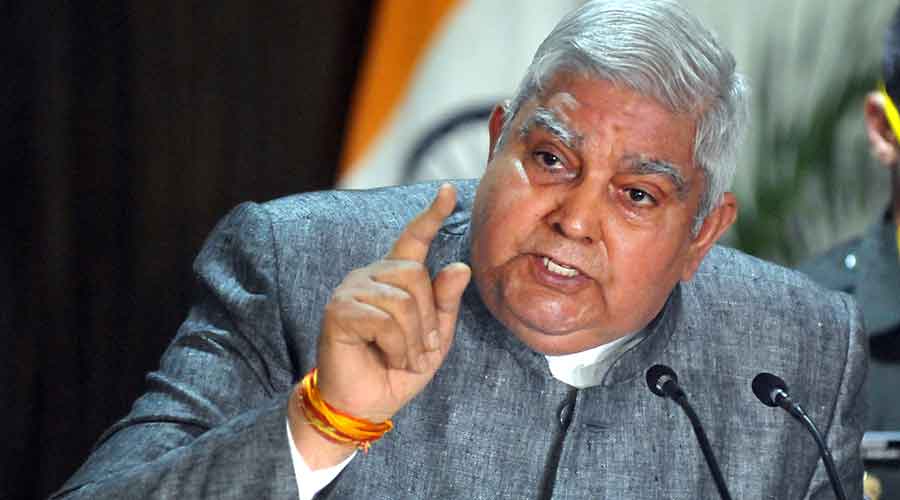 The Trinamul Congress hit out at the BJP on Saturday for creating ruckus during Governor Jagdeep Dhankhar's inaugural address to the newly constituted assembly.

Addressing a press conference, TMC's Deputy Leader in Rajya Sabha Sukhendu Sekhar Roy said the opposition party's actions in the House on Friday were a "blot on democracy".

"Listening to the governor's address does not tantamount to one blindly supporting everything in it. It is courtesy. One can certainly vent his objection to the address in the reply speech," he said.

The opening session of the newly-constituted West Bengal assembly got off to a stormy start as the governor was forced to cut short his speech amid ruckus by the opposition BJP MLAs who took offence after finding "no mention" of post- poll violence in the address.

Roy alleged that the BJP was conspiring to divide Bengal, urging people to thwart any such attempt.

He also reiterated the demand for by-elections to the seven assembly seats in the state at the earliest.

"The Election Commission went ahead with polling despite the spike in COVID-19 cases in April, and now that the positivity rate has gone down so much, why can't the by- elections be held?" he asked.

Roy said the Trinamul Congress would soon reach out to President Ramnath Kovind, demanding the dismissal of Solicitor General Tushar Mehta over his alleged meeting with the state's Leader of Opposition Suvendu Adhikari.