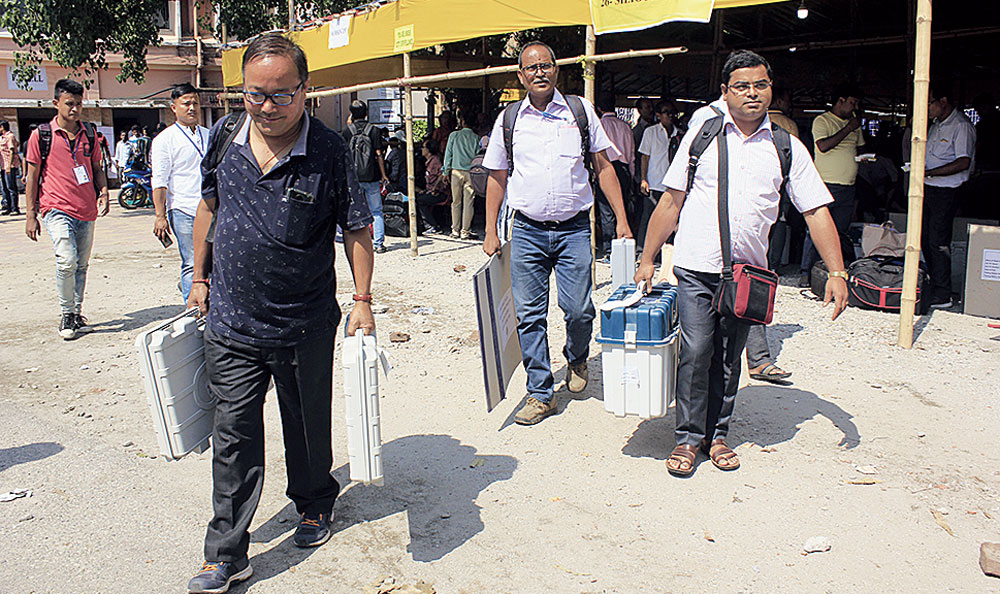 Trinamul has bet on tourism, hoping the sector’s growth in the past seven-and-a-half years will power the party ahead of rivals in the Darjeeling and Jalpaiguri Lok Sabha seats.

Since being elected to power in the summer of 2011, the Mamata Banerjee government has given impetus to the sector with initiatives to open new tourist destinations and boost infrastructure.

Voting in the Darjeeling and Jalpaiguri seats will take place on Thursday alongside Raiganj.

For instance, homestays have flourished in recent times in several rural pockets of the hills and the Dooars, enabling the rural population to earn a living through alternative means.

“The chief minister has adopted the appropriate strategy to promote tourism as this is exactly the industry that can generate huge employment for the youths of north Bengal, particularly in the sub-Himalayan as well as the Dooars,” said a senior tour operator based in Siliguri.

“Even now, it is tough to bring in major industrial investments to the region. Therefore, tourism is the right alternative. Considering the steady growth in the sector, Trinamul and its allies like the Gorkha Janmukti Morcha (Binay Tamang) can surely expect that those associated with the industry will support them,” the operator added.

Raj Basu, a tourism veteran in Siliguri, echoed the view. He pointed out that the inventory — number of rooms available for tourists — had gone up during Mamata’s tenure.

“There has been an annual increase of over 300 rooms a year, which means over 2,100 rooms have increased in the region in the past seven years. It is an indication of the rise in tourist inflow. This has also led to an increase in the number of vehicles and support staff,” said Basu.

During her tenure, Mamata has also developed newer destinations like Lamahatta in the hills and Bhorer Alo, the mega tourism project near the Teesta Barrage at Gajoldoba, in the plains.

Tourism stakeholders have highlighted the homestay boom and pointed out that more than 1,500 units had come up during this period.

“This is something new in the tourism industry of north Bengal and the concept has been a hit. Several people, particularly women of rural areas, did not have much of an opportunity to make a living out of tourism. Youths from villages used to work at hotels or in the transport sector in the towns. Now, sitting at home, the women are making money,” said Samrat Sanyal, general secretary of the Himalayan Hospitality and Tourism Development Network.

“Tourists are flocking to these homestay units, which are away from the usual destinations. This has contributed considerably to boosting the rural economy, particularly in the hills,” Sanyal added.

State tourism minister Gautam Deb, who is also the district Trinamul president of Darjeeling (plains), said he expected tea and tourism sectors to back Trinamul.

“Like the tea industry where Mamata Banerjee has done a lot for garden workers, all those making a living out of tourism here are witness to her initiatives and can compare that with the inaction on the part of the BJP. Despite being in power for the past five years at the Centre, the BJP and its MP (Darjeeling) did nothing for the tourism industry. We hope they will stand by us to facilitate further growth of the sector,” Deb said on Wednesday.

BJP leaders have also dwelt on tourism during the general election campaign.

“We too, want tourism to flourish in Darjeeling and north Bengal. There are several options which can be explored and if I am elected from here, I would surely work on it,” said Raju Bista, the BJP’s Darjeeling candidate.

Residents of Panighatta tea estate, the sole tea garden that is closed in the Terai, are disappointed with most parties and believe they have neglected them.

Nestled in the foothills, Panighatta is under the Mirik sub-division of Darjeeling district around 40km from Siliguri. It has been closed since November 2015.

“We will vote on Thursday but have not seen leaders or candidates of any party other than Trinamul and the Binay Tamang faction of the Gorkha Janmukti Morcha in recent weeks even though they campaigned across the hills and the plains,” said Biraj Mukhia, a worker.

The garden has 850 permanent and as many casual workers. All are unemployed now.