Sources said it will help redeem the party’s image, which got dented following the tragedy and some comments made by chief minister Mamata Banerjee 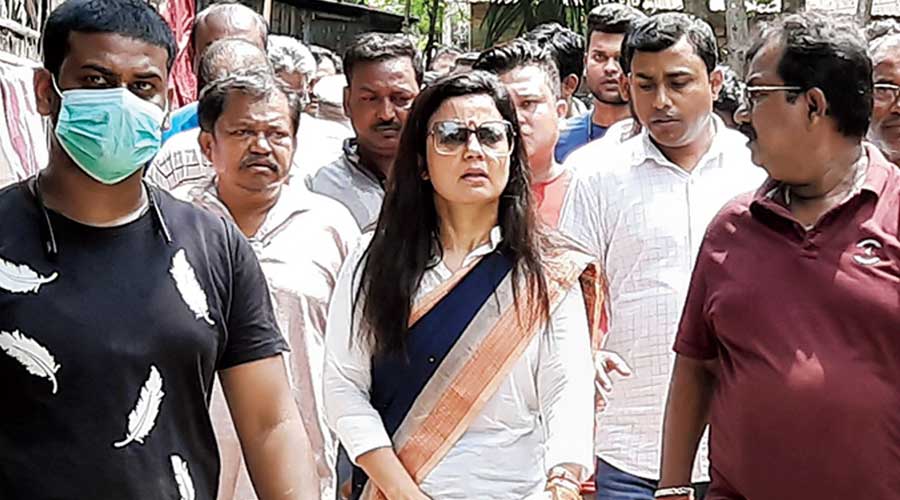 The Trinamul Congress on Wednesday tried to turn the tables on the BJP by demanding a speedy conclusion of the CBI probe into the alleged gang-rape and death of a 14-year-old girl in Hanskhali and punishment for the guilty.

“We have no words to condemn the brutal incident that happened in Nadia’s Hanskhali. We are demanding a fast probe by the CBI and punishment for all the accused,” said Trinamul Rajya Sabha member Sukehndu Sekhar Roy at a news meet in Calcutta on Wednesday afternoon.

“We think such a heinous incident should be criticised if it happens anywhere in the country. But it is more condemnable when people try to do politics by using such incidents,” added Roy, also the national spokesperson of Trinamul, in a clear reference to the BJP’s heightened political activism following the tragedy.

The alleged gang-rape of the 14-year-old girl occurred at the birthday party of the son of a local Trinamul leader on April 4. She died a few hours later of “excessive bleeding” and was cremated “hurriedly”.

On Tuesday, Calcutta High Court handed over its probe to the CBI.

Sources in the ruling party said that the decision to field Roy for a news conference, where he unequivocally condemned the incident, had been triggered by a realisation within Trinamul that demanding a speedy investigation and justice for the victim’s family will help redeem the party’s image, which got dented following the tragedy and some comments made by chief minister Mamata Banerjee.

“State police had already arrested two persons before CBI took over the Hanskhali case. They were doing their job, but the court handed over the probe to the CBI. We don't have any problems with it as we also want punishment for the culprits,” said a senior Trinamul leader.

A Trinamul source said that cracking this case is easier said than done because of two reasons — the schoolgirl’s body had been cremated before post-mortem and the complaint was lodged by the family after five days.

“Let us see how much time the central agency takes in investigating the case,” said a Trinamul source. “We will be watching the activities of the CBI for the next six months. If there is no progress in the investigation, we will hit the streets.”

The fact that Trinamul is planning to question the effectiveness of the CBI probes became clear when Roy referred to a few cases that the central agency had been investigating for years without results.

“There are so many cases like the theft of Rabindranath Tagore’s Nobel prize (2004), the Jnaneshwari Express incident (derailment, 2010) and the Netai massacre (2011). In Netai, the CBI could only record statements of 26 witnesses out of 122. It is not that the CBI is impartial as courts have raised questions on its impartiality,” said Roy.

Tagore’s Nobel prize, comprising a medal and a citation, had been stolen from the safety vault of the Visva-Bharati University museum in Santiniketan in 2004.

The Jnaneshwari Express derailment and the Netai massacre occurred in 2010 and 2011, respectively.

Roy on Wednesday also tried to defend the statements of Mamata Banerjee, who drew criticism after suggesting that the victim and the accused had been known to each other.