Bengal labour commissioner has notified that tea workers in the state would receive Rs 232, up from Rs 202, and around 10,000 staff would get a 15 per cent pay hike 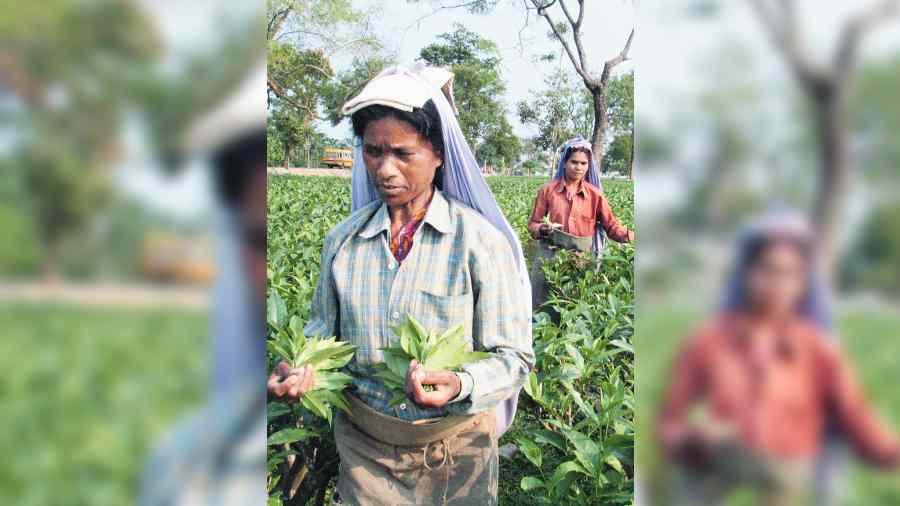 A day after the Mamata Banerjee government had announced an interim increase in the wages of over 3 lakh tea workers of north Bengal to Rs 232 per day, Trinamul Congress leaders of the region scoffed at the BJP and posed questions for its government in neighbouring Assam.

After the wage revision in Bengal, tea workers in Assam, which is India’s largest tea producing state, earn less.

On Tuesday, the Bengal labour commissioner had  notified that tea workers in the state would receive Rs 232, up from Rs 202, and around 10,000 staff and sub-staff would get a 15 per cent hike in their gross salaries.

The revision was made effective from January 1, 2022, and the workforce will receive arrears in two instalments to be paid by July.

“The chief minister had promised a revision in tea wages and her government fulfilled it. In neighbouring Assam, where the BJP has been in power, tea workers are receiving wages at a comparatively lower rate. This again proves that the BJP only makes hollow promises unlike Mamata Banerjee,” Chakraborty said.

In BJP-ruled Assam, tea wage rates in May last year got an interim hike of Rs 38. It means that tea workers of the Brahmaputra valley currently receive Rs 205 per day as wages and their counterparts in Barak valley Rs 183.

In all, there are over a million tea workers in Assam.

The reaction from the Trinamul camp on tea wage revision came after Raju Bista, the BJP MP of Darjeeling, on Tuesday dismissed Bengal’s tea wage hike as “paltry”.

Bista had also alleged that Trinamul was trying to win the support of tea workers ahead of the June 26 elections of the Siliguri Mahakuma Parishad (SMP) and the Gorkhaland Territorial Administration (GTA). The SMP area has over 40 tea estates and the hills 77 tea estates.

Asked to react on Trinamul’s comments on Assam, a senior BJP leader in Siliguri said that negotiations for wage revision in that state was on. “But we don’t revise wages keeping votes in mind,” he said.

“In both the SMP and the GTA areas, the votes of the tea population can be decisive for any party. That is why the saffron camp seems to have flagged the tea wage issue, making Trinamul leaders in turn react sharply and draw comparisons with current tea wage rates in the BJP-ruled Assam,” said a political observer.

Trinamul this time is keen to wrest power in the SMP, a rural body which the party has never won before.

The Siliguri Metropolitan Police opened a new traffic outpost at Kawakhali on Asian Highway-2, near the third Mahananda bridge, on Wednesday.

Additional deputy commissioner of police (traffic) Purnima Sherpa inaugurated the outpost that was opened to monitor traffic as hundreds of heavy vehicles move along the route and there had been a number of accidents, including four deaths, there in recent times.

The outpost will monitor the stretch between Medical More and Naukaghat of AH2. A sub-inspector, six assistant sub-inspectors, 15 civic volunteers, including three women, have been posted at the outpost.