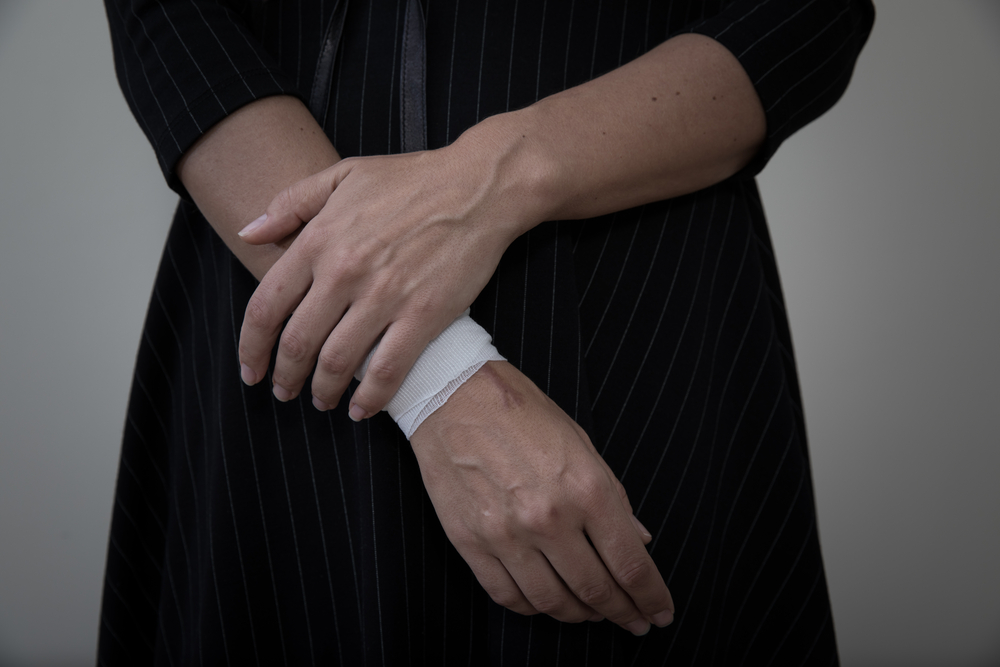 (Representational image) A teacher described her as a “meritorious student” who had the potential to score a perfect 100 in physics, chemistry and mathematics
(Shutterstock)
TT Bureau   |   Calcutta   |   Published 22.06.19, 12:40 AM

A Class X girl who always topped her class was found dead in her school’s washroom on Friday with wounds she is suspected to have inflicted on herself using multiple blades unscrewed from pencil sharpeners.

Krittika Paul, 14, who was smiling and chatting with her friends as on any other day, had excused herself to go to the infirmary — referred to as the “restroom” in the school — around the end of the fifth period. She never returned to class.

Two of her classmates at the GD Birla Centre for Education, in Regent Park on the city’s southern fringes, went looking for her around the seventh period. When they eventually found her in the washroom, she was bleeding and unconscious.

Police said she had wrapped her face with a polythene bag and tucked its edges inside her shirt, possibly to try and suffocate herself. There were multiple slash injuries on her wrist, the police said.

Officials at EEDF Hospital, Jodhpur Park, said there was no sign of life when she was brought in.

The police said she had left behind a three-page note that suggested stress. According to officers, the note said that no one was to blame for her death.

The last page, which the police suspect was written inside the washroom, describes the moments during which she hurt herself and contains shaky handwriting, officers said.

Murlidhar Sharma, joint commissioner (traffic) with additional charge as joint commissioner (crime), said: “After preliminary interaction with the parents, we have learnt that she always dreamt of joining the Indian Statistical Institute. She used to worry about this. The note mentions that she did not sleep soundly over the past three months.”

Krittika was an only child. Her father, a software engineer, had flown to Hyderabad on business on Friday morning and was on his way back on Friday night. Her mother is a homemaker.

A teacher described her as a “meritorious student” who had the potential to score a perfect 100 in physics, chemistry and mathematics. She had topped most of her exams during her school life, including her Class IX annuals.

“There was a spark in her eyes,” a teacher said.

The police have spoken to her mother who, officers said, had no clue why her daughter would do something like this.

Footage from a CCTV installed inside the classroom shows Krittika smiling and talking to her classmates minutes before she stepped out saying she was feeling unwell, an officer said.

When she failed to return after two periods, a school employee went looking for her in the infirmary, school officials have told the police. When she could not be found there, a teacher sent out a group of students to look in the laboratory, library and the washroom.

Two students who went to the washroom found one of the doors locked from inside and raised the alarm. A table and a chair were carried into the washroom so that someone could climb over them and look in.

Some sources said Krittika was seated with her back to the door with several blades, unscrewed from pencil sharpeners and bloodstained, strewn around.

The door was broken and an already unconscious Krittika taken to the EEDF Hospital. “She was taken to the intensive care unit but there was no pulse or blood pressure,” the hospital official said.

“She had several cuts on her left wrist and bloodstains on her uniform. She was no longer bleeding when she was brought to the hospital.”

Krittika lived with her parents on the third floor of a four-storey apartment building in Baishnabghata.