The reptile was being transported in a cage wrapped in cloth 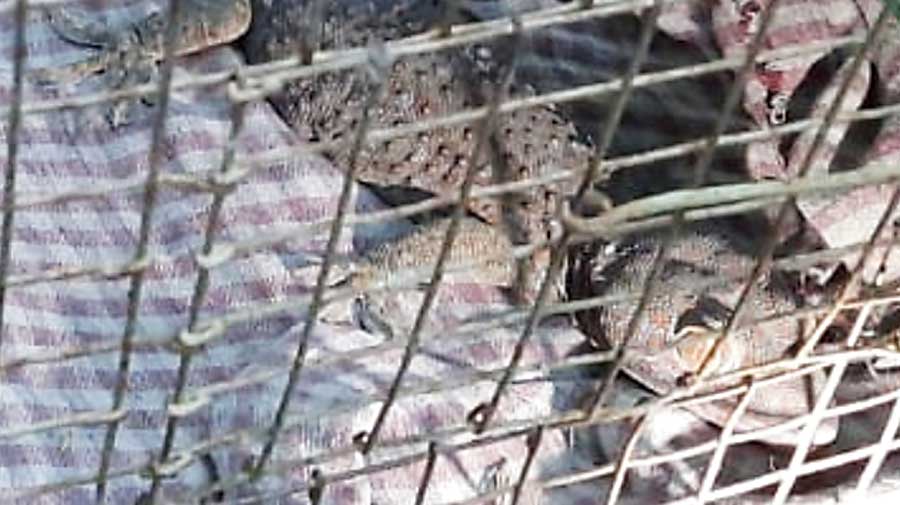 A tokay gecko weighing 350gm was seized late on Tuesday from two persons allegedly attempting to smuggle the coveted reptile into Bangladesh through Murshidabad’s Sagardighi.

The reptile, estimated to fetch nearly Rs 1 crore in the black market, was set to be smuggled from Bangladesh to China, where it is in high demand as an ingredient of traditional medicines.

Bishnu Sarkar, 25, and Chandan Adhikari, 28, both Samerganj residents, were arrested by plainclothes officers on a border road on Tuesday and were produced in the Jangipur chief judicial magistrate’s court on Wednesday.

“The reptile was being transported in a cage wrapped in cloth,” said a source.

“The arrested have admitted that they brought it from Jharkhand and would have sold it to smugglers in Bangladesh for Rs 1 crore,” said additional superintendent of police (Jangipur), Sandip Karra.

Sarkar and Adhikari have been remanded in five days’ police custody by the court.

In 2018, a larger gecko had been seized from smugglers in Farakka while they were trying to smuggle the reptile to Bangladesh.