TMC in fix over Murmu's candidature, fears opposing her might alienate tribal voters

She also has better chances of winning with the NDA's numbers bolstered following the change of guard in Maharashtra, says Mamata Banerjee 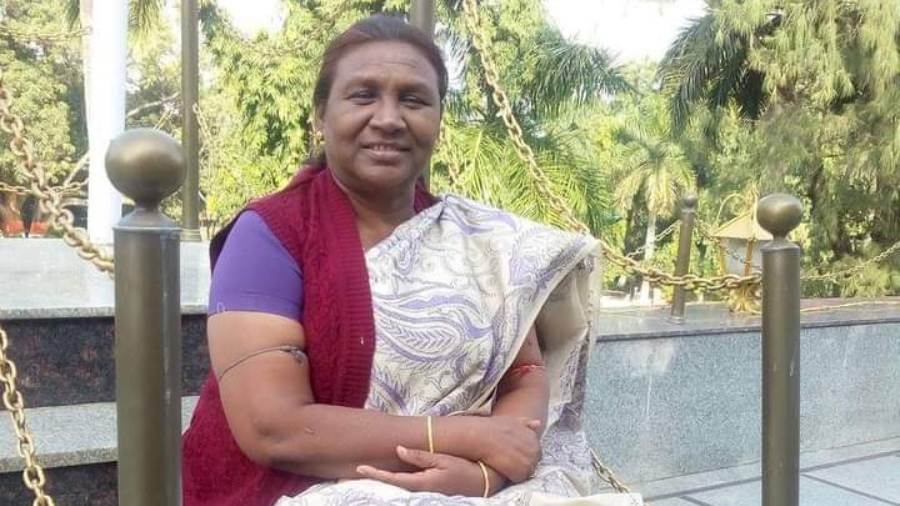 Trinamul Congress is walking a tightrope on the candidature of NDA presidential nominee Droupadi Murmu, as it fears that going all guns blazing against her might alienate the tribal voters in West Bengal ahead of the panchayat elections next year and the 2024 Lok Sabha polls.

Tribals constitute 7-8 per cent of the state's population, and are a deciding factor in 47 assembly seats and seven Lok Sabha constituencies spread across the Junglemahal districts of Purulia, Paschim Medinipur, Bankura and Jhargram in southern Bengal and Jalpaiguri and Alipurduar in the north.

The dilemma in the TMC, which was instrumental in building a consensus among non-BJP parties in naming Yashwant Sinha as the joint Opposition candidate, was evident as Chief Minister Mamata Banerjee said that Murmu could have been a consensus nominee had the NDA discussed with the Opposition before fielding her.

Banerjee said Murmu also has better chances of winning with the NDA's numbers bolstered following the change of guard in Maharashtra.

Although Banerjee's statement has stunned many in the Opposition camp, TMC insiders believe that the electoral arithmetic in tribal-dominated Junglemahal region might have prompted the party chief's remarks.

"A political party takes decisions based on ground reality. BJP didn't inform us earlier about its candidate. Although it's not necessary that supporting or opposing Murmu will lead to gaining or losing tribal votes, it depends on how much strength a party has in those areas," senior TMC leader Sougata Roy told PTI.

TMC chief spokesperson Sukhendu Sekhar Ray said, "There are past examples of consensus candidates for presidential polls. Droupadi Murmu was an unexpected name for all of us. BJP didn't name their nominee earlier as they didn't want a consensus candidate. Opposition decided on Yashwant Sinha after discussing amongst themselves."

Some other TMC leaders said the party is in a catch-22 situation with Murmu's candidature, considering the substantial tribal population in the state.

"Murmu is a tribal, and a woman. TMC is a big party with leaders from various sections of the society. So, we can't say that we are not in a dilemma," a senior TMC leader said on condition of anonymity.

Sinha, who was the TMC national vice president before resigning to contest the presidential polls, however, seemed confident that he would get votes of all TMC lawmakers.

"I am confident that all TMC MPs and MLAs will vote in my favour," he said.

Sources close to Sinha said that he is unlikely to campaign in West Bengal as "only a few days are remaining". The presidential poll is scheduled to be held on July 18.

Tribals, who had been staunch supporters of TMC since it ousted the Left Front from power in 2011, however, shifted their allegiance towards the BJP since the 2018 panchayat polls after being miffed over corruption in the local level.

The saffron party swept the tribal-dominated areas in the 2019 Lok Sabha elections, winning five of six seats in Junglemahal and both Alipurduar and Jalpaiguri in northern West Bengal.

TMC though was quick to launch a course-correction drive through several welfare schemes, winning back the trust of Santhals and Kurmis, bagging 25 of the 40 seats in Junglemahal in 2021 assembly elections.

"BJP is campaigning in these districts alleging that the TMC is an anti-tribal party as it is not supporting Murmu. It might hurt our prospects in next year's panchayat elections," another TMC leader said.

"TMC's volte-face in presidential polls is an old tactic; it had done a similar thing in 2012 when Pranab Mukherjee was UPA's nominee. Now they are in a fix as they think opposing Murmu might disturb their tribal vote bank," Leader of Opposition of the BJP, Suvendu Adhikari, said.

Political analysts said that TMC is in dilemma as Murmu is both a tribal and a woman.

"TMC is afraid that it might lose tribal votes again. I won't be surprised if there is cross-voting from the TMC in the presidential polls," political science professor Biswanath Chakraborty of Rabindra Bharati University said.

"TMC's dilemma is due to representational politics that is in play. Every party is indulging in it. Tribal and women voters are quite a big constituency in West Bengal. Maybe that's the reason she is worried," another political science professor Maidul Islam at Centre for Studies in Social Sciences said.