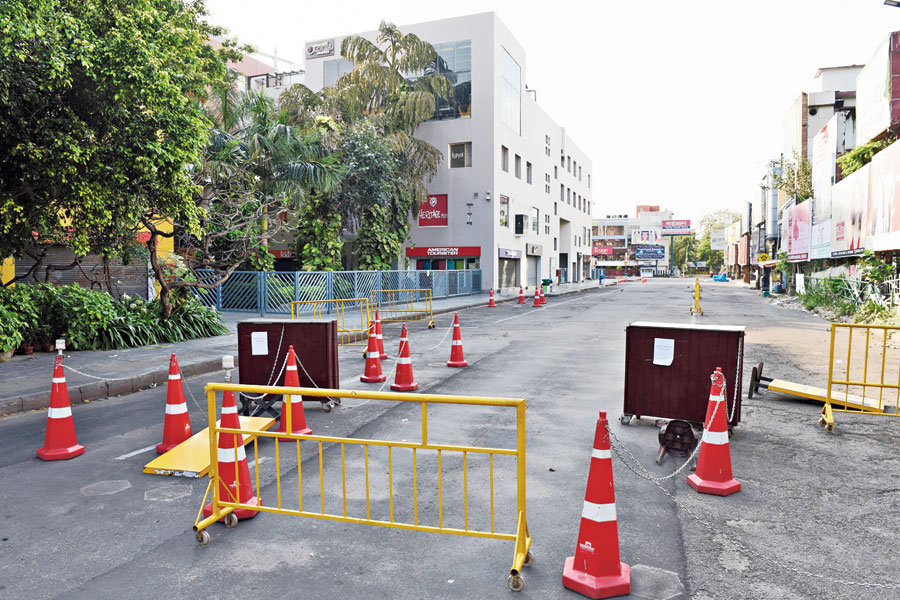 Three people, all of whom came in contact with the 22-year-old youth who had arrived from the United Kingdom and tested positive for Covid-19 on Thursday, tested positive for the disease on Sunday, an official at the National Institute of Cholera and Enteric Diseases (NICED) said.

Sources said two of whom tested positive were the youth’s parents and the third was a help of the family. The samples were tested at NICED.

As of now, seven persons tested positive for the coronavirus in Bengal.

The state health department has prepared a list of 305 people who have come in contact with the 57-year-old man who has tested positive for Covid-19 and is admitted at a private hospital in Salt Lake.

There were unconfirmed reports that a man in his 30s, who had tested positive for the coronavirus and died in Bihar, was in Calcutta a few days ago. Officials of the Bengal health department said they were waiting for information from the central government on whether the man had been in Calcutta.

There are fears about whether the Covid-19 infection has started spreading in the community, a situation where the chain of contact cannot be established.

Till the 57-year-old tested positive, all Covid-19 cases in Calcutta arrived from affected countries, which led health department officials to believe that the infections were contracted abroad.

“The family of the 57-year-old man admitted in the private hospital has said he did not have any recent travel history abroad. His son stays abroad but he has not visited his family recently,” a health department official said.

Another official of the health department said the family of the 57-year-old man has said he had travelled to Bilaspur in Chhattisgarh. The man, an employee of the railways, had left the city on February 26 and returned on March 3.

“We have received the list of passengers on the train who may have come in contact with him on his way back home. All of them are being contacted and asked to stay in home quarantine,” the official said.

The health department is also trying to know whether anyone he had met during the trip has tested positive for Covid-19. That would suggest the man may have contracted the infection from someone during his trip.

In case it is found that no one has tested positive from the places he visited, it could be considered a case of community transmission.

The 305 people who have been identified as having come in contact with the patient include passengers of the train, his colleagues, family members and neighbours.

Another official said all the persons may have to be tested for Covid-19, in accordance with the revised guidelines of the Indian Council of Medical Research (ICMR).

The revised guidelines published on Friday said “asymptomatic direct and high-risk contacts of a confirmed case should be tested once between day 5 and day 14 of coming in his/her contact”. Earlier, they were only being asked to stay in home quarantine and tested only if they showed some symptoms of Covid-19.

The ICMR guidelines said direct and high-risk contacts “include those who live in the same household with a confirmed case and healthcare workers who examined a confirmed case without adequate protection as per WHO recommendations”.

The 57-year-old man was admitted to hospital on Monday with fever and dry cough that had persisted since Friday. “His symptoms intensified on Thursday with acute respiratory distress and he was put on ventilator,” an official of the hospital said. “His samples were sent to both NICED and SSKM. One of the samples tested positive. Another sample was sent on Saturday, which, too, tested positive.”

The patient has been shifted to an isolation bed for Covid-19. “He had been in the ICU since admission. The distance between two beds in an ICU is more than three metres. Hence, other patients are safe,” the official said.