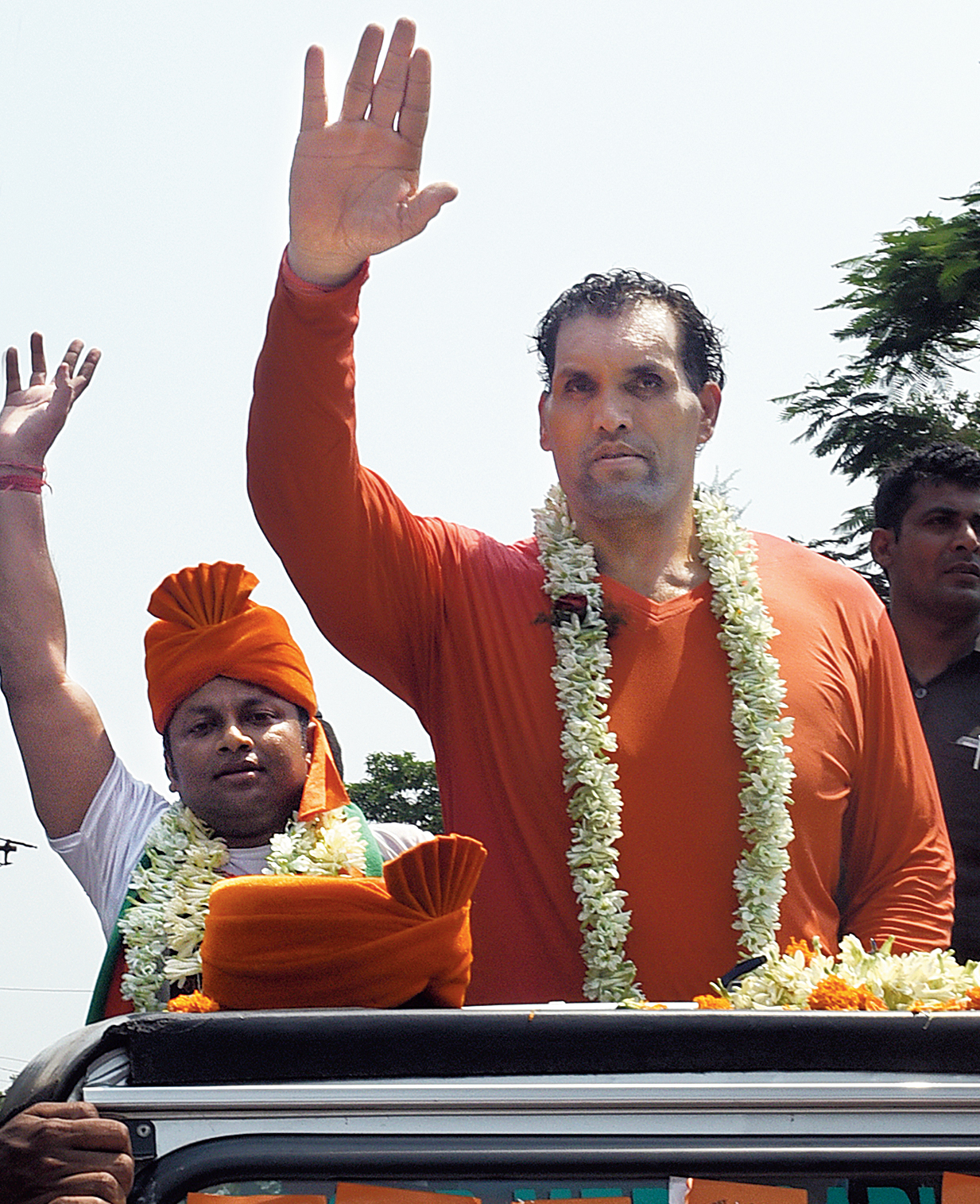 A Lok Sabha win is a tall order. But trust Anupam Hazra to count on a 7ft, 1-inch “family friend”.

The Jadavpur BJP candidate on Friday hit the poll trail with “the Great Khali”, lighting up a star-spangled contest that includes actress and Trinamul candidate Mimi Chakraborty.

“I requested Khali to be part of my nomination road show because he is like a family friend,” said Hazra, with the former Punjab constable by his side.

As the three-hour road show wound its way after Hazra filed his papers at the district magistrate’s office in Alipore for the May 19 polls, passers-by gawked and drivers froze at their wheels at the sight of the former WWE world champion decked in garlands and dressed in fluorescent orange with folded hands in an open jeep.

According to BJP leaders, Khali — whose real name is Dalip Singh Rana — was flown in to Calcutta be part of Hazra’s juggernaut in the prestige seat where a young Mamata Banerjee had defeated Left veteran Somnath Chatterjee in 1984.

“Khali was to be dressed in a T-shirt embossed with a picture of Narendra Modi like the one Hazra was wearing, but we couldn’t get the size right. Luckily, he was wearing an orange full-sleeve T-shirt,” said a BJP leader.

According to Hazra, he has known Khali for a few years. “We met at an event in Delhi a few years ago and kept in touch,” said Hazra, Trinamul’s Bolpur MP who joined the BJP after being expelled from his former party in January.

Khali, now a US resident since retiring from professional wrestling in 2014, praised Prime Minister Modi. “Modiji has done a lot for this country. He should win again. I want my friend Anupam to win too.”