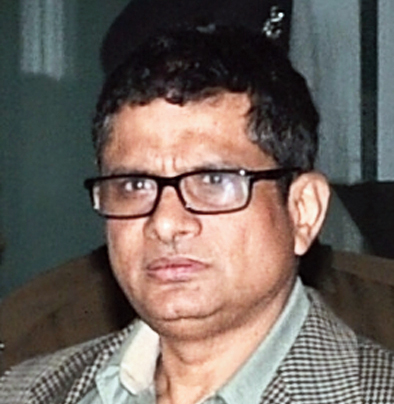 The Supreme Court on Friday withdrew the interim protection from arrest for former Calcutta police commissioner Rajeev Kumar in the Saradha case but granted him a week’s breather to seek anticipatory bail from a “competent” Bengal court.

The top court said the CBI would be free to act “in accordance with law”, implying it could oppose the anticipatory bail.

Passing the order, a three-judge bench of Chief Justice Ranjan Gogoi and Justices Deepak Gupta and Sanjiv Khanna expressed strong “disappointment and dismay” at the manner in which the CBI and the Bengal police were engaged in “mutual recrimination and casting aspersions on each other”.

“The CBI claims the embargo against coercive steps, including arrest, of Mr. Rajeev Kumar should be withdrawn. The WBSPF (West Bengal State Police Force) states that no such permission or liberty can be granted. We find considerable force in the opposite contentions, which in a way in seriatim emphasise that in the contempt proceedings, we cannot determine whether or not Rajeev Kumar should be arrested by the CBI for custodial interrogation,” the bench said.

The reference was to a separate contempt application moved by the CBI against Kumar and other senior Bengal officers.

“Indeed, the CBI and the central government do not dispute this legal position and have stated that the applications have been preferred to vacate the protection from arrest granted vide order dated February 5, 2019….which order/direction should not be given in contempt jurisdiction,” the bench said.

The judges were making a distinction between a CBI plea, filed on February 5 this year, to remove the interim protection for Kumar and the contempt plea.

“….In the given facts, we would withdraw the protection given to Mr. Rajeev Kumar….vide our order dated February 5, 2019,…restraining the CBI from arresting him and thereby leave it open to the CBI to act in accordance with the law. At the same time, we direct the interim order dated February 5, 2019, would continue for a period of seven days from the date of pronouncement of this order to enable Mr. Rajeev Kumar to approach a competent court for relief, if so advised,” the bench said.

The court then cited a 1988 case for giving the IPS officer a week’s time to seek relief. “The aforesaid directions would be in consonance with the decision in A.R. Antulay vs R.S. Nayak and Another (1988), which mandates that the procedure established in law should be strictly complied with and should not be departed from to the disadvantage or detriment of any person.”

“We clarify that we have not made any comments on the merits of the contentions and the reasons recorded in the present order would not be a ground to accept or reject the request of custodial interrogation or grant of protection, if any such application/petition is moved,” Justice Khanna, who authored the judgment, said.

In other words, the court clarified on Friday that its order had been passed only on the application moved by the CBI to vacate the stay on Kumar’s arrest.

The February 5 CBI plea was filed two days after officers of the agency attempted to enter the home of Kumar in Calcutta and alleged that they were stopped by police, culminating in a stand-off that saw chief minister Mamata Banerjee stage a dharna alleging “political witch-hunting” by the Centre.