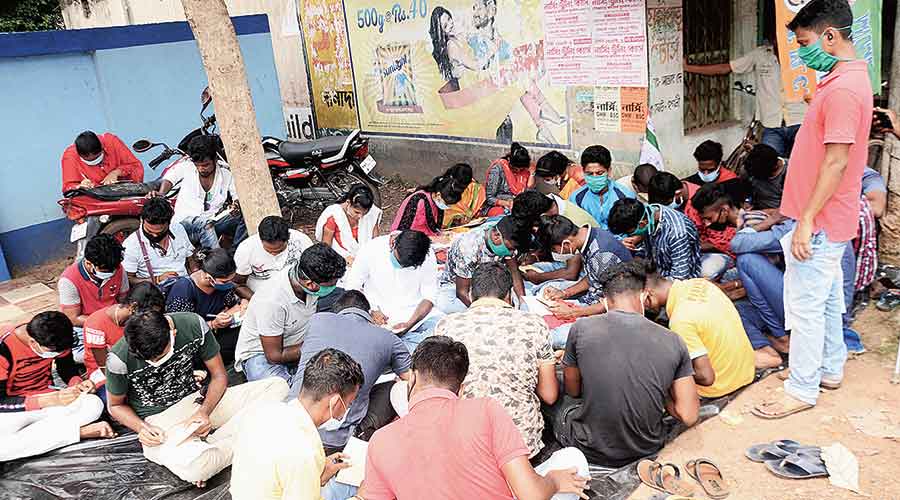 Around 300 school and college students from Hooghly’s Goghat have written to Prime Minister Narendra Modi and some of his cabinet colleagues, asking for free Internet data and smartphones to be distributed among poor students of the country.

Poor students from semi-rural and rural schools and colleges were becoming victims of the digital divide amid the pandemic, they pointed out.

An initiative of the local unit of Trinamul Chhatra Parishad, a group of 100 students on Wednesday wrote on postcards and another group of 200 sent emails with the same demand at a time Covid-19 made online classes the norm.

He called it just “just the beginning”, and said “it will soon become a movement”.

“My father is a farmer and he cannot spend Rs 800 per month on Internet. There are thousands of students like me. So, we request the Centre to think about our situation,” said Payel Chakraborty, a third-year undergraduate student at Netaji Mahavidyalaya, Arambagh.

Sweety Khatun, a Class X student of Arambagh Girls’ High School, echoed Payel. Sweety, who sent a postcard on Wednesday, said: “I do not have a smartphone. My mother, a widow, runs the family by working as a tailor. How can I ask her to spend on a smartphone for my online classes?”