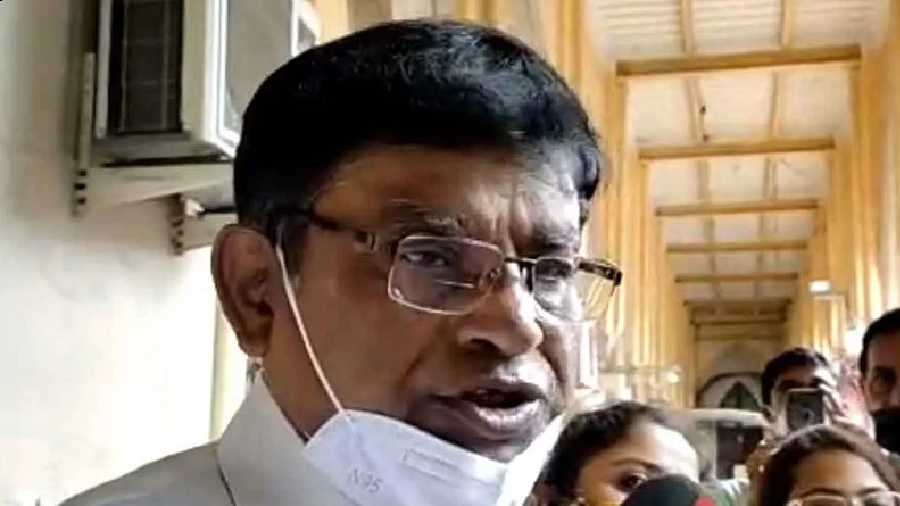 The Chief Metropolitan Magistrate (in-charge) at Bankshall court here has rejected a bail petition of West Bengal Board of Primary Education's former president Manik Bhattacharya in a school jobs scam, and remanded him in judicial custody till October 28 on a prayer by the Enforcement Directorate.

The court granted permission to the ED to interrogate him in judicial custody.

The judge on Tuesday said that the order was passed considering the circumstances and gravity of the offences alleged, and that the investigation is in a preliminary stage.

Another central agency, the CBI, had initially registered a case against Bhattacharya, who is also an MLA of the ruling Trinamool Congress, in connection with alleged irregularities in appointment of primary teachers.

The former primary school board president, who was arrested by the ED on October 10, was in its custody on an order of the special court till Tuesday.

The September 27 protection order given by the apex court to him in the parallel case filed by the CBI over alleged illegalities in recruitment of primary school teachers cannot insulate him from the ED case, it stated.

“We  find in this application, there is  broad reference  to  the allegations  which  are  being investigated by the CBI. ED’s case, however, is that various  incriminating  documents  were  seized  during the  course  of the search conducted at the premises of the petitioner and evidence  has  surfaced  as  regards the role of the petitioner in money laundering activities and  proceeds of crime. We cannot hold the arrest of the petitioner by the Enforcement Directorate illegal as the issue of money laundering or there being proceeds of crime had not surfaced before the single judge or the division bench of the high court,” the apex court said in a written order.

A bench of Justice Aniruddha Bose and Justice Vikram Nath passed the order while dismissing Bhattacharya’s plea challenging the ED’s arrest on the ground that it was illegal since he was earlier granted protection by the apex court against any coercive faction in the case filed against him  by the CBI.

Bhattacharya had pleaded that he had been cooperating with the investigation by the ED and the CBI hence, he cannot be arrested.

“While testing the legality of an arrest made by an agency, otherwise empowered to take into custody a person against whom such agency considers subsistence of prima facie evidence of money laundering, we do not think a general protective order directed at another investigating agency could have insulated the petitioner from any coercive action in another proceeding started by a different agency, even if there are factual similarities vis-a-vis the allegations,” the apex court said.

The Supreme Court said money laundering is an independent offence (under the Prevention of Money Laundering Act, 2002) and in the event there is any allegation of the ED having acted beyond its jurisdiction or their act of arrest is not authorised by law, the petitioner would be entitled to apply before the appropriate court of law.

Bhattacharya had moved the present special leave petition against a Calcutta High Court order refusing to interfere with his arrest by the ED. He was arrested by the ED on October 10.