Speaker unhappy with scenes in Assembly

Banerjee said showing posters and placards — in the name of protests — inside the House while a session was on was a violation of rules, regulation and convention 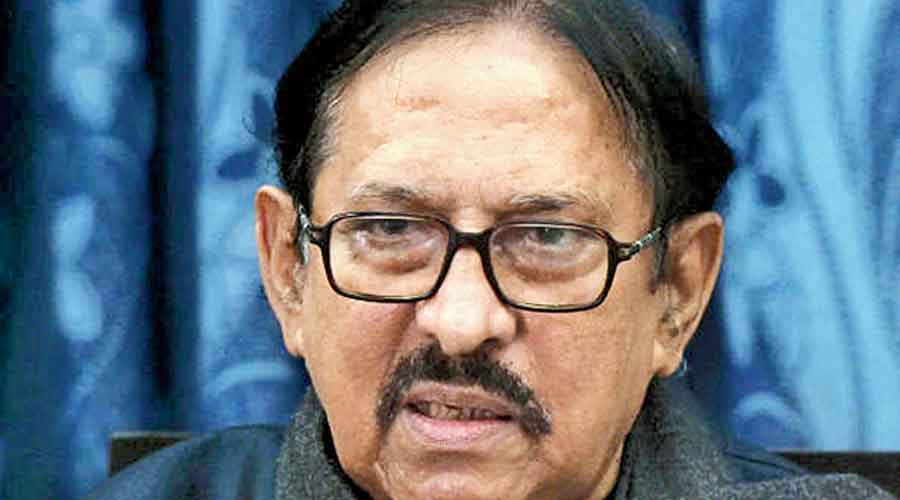 Bengal Assembly Speaker Biman Banerjee on Friday expressed his displeasure over the conduct of lawmakers, particularly those on the treasury benches, inside the House in the context of their behaviour on the floor on Thursday.

Banerjee said showing posters and placards — in the name of protests — inside the House while a session was on was a violation of rules, regulation and convention. “Every political party has its own political agenda. Quite like the Opposition, the ruling party has its agenda too. But bringing posters to the House is disallowed. Despite this being said repeatedly, they seem to have remained defiant,” said Banerjee, Trinamul Congress’s Baruipur West MLA, who has been Speaker of the Assembly since 2011.

“How members should behave in the House is clearly outlined in the code of conduct…. Sometimes I feel I could take stern measures. But that would only hurt the work of the Assembly,” he added. “Across the nation, in legislatures, there is a trend of the code not being adhered to. I do not think that is correct. It is not good for parliamentary democracy.”

Although, by recent standards, there was relative peace in the protests and counter-protests on Thursday in the House, between the BJP and the ruling Trinamul, unseemly scenes were witnessed by a study trip by around 20 students of Classes XI-XII of Padmapukur Madhya Vidyalay, situated at Baruipur in South 24-Parganas (part of Speaker Banerjee’s Assembly constituency).

The students were in for a rude shock as they saw members of the ruling party and the Opposition flashing posters and shouting slogans to attack each other.

“Nobody should behave this way. Especially the government side should desist from these things. The House belongs to the Opposition, and they will do such things. This is not expected of the treasury benches…. Both sides have to behave more responsibly,” said the Speaker.

“The Opposition as well as the ruling party has the right to protest. I am not going to comment on what takes place outside this House,” he added. On Thursday, slogans by the BJP MLAs had corruption as its theme — posters carried pictures of cash unearthed from the homes of former minister Partha Chatterjee’s aide Arpita Mukherjee. The Trinamul assault was built on the BJP’s Nandigram MLA Suvendu Adhikari’s comment on Tuesday during his party’s march to Nabanna to a woman constable, “don’t touch my body”.