Management says some workers not putting in mandatory 8 hours, leading to production loss in first flush 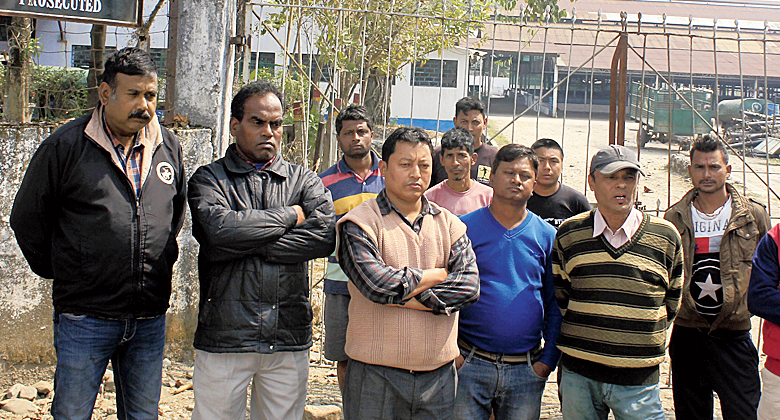 The management of a tea garden in the foothills announced suspension of work from Monday, alleging some labourers refused to put in the mandatory eight hours and their disobedience led to loss of production in the beginning of a fresh season.

Simulbarie Tea Estate, located 18km from here, has a plantation area of 416 hectares and employs around 700 permanent workers and 500 casual labourers.

“Management has issued a notice, announcing suspension of work in the garden because of alleged disobedience by a section of workers. We will contact the management and trade unions to convene a tripartite meeting so that the garden can be reopened at the earliest,” said Chandan Dasgupta, joint labour commissioner, Siliguri.

Simulbarie, sources said, is the 16th tea garden that is closed in north Bengal and second in the Terai at present.

Panighata is the other shut tea estate in the Terai.

“Since the commencement of the new season (first flush), the management issued notices many times saying some workers were not doing duty for stipulated eight hours. Many labourers who are into plucking do not join duties in the second phase of a day. As a result, the management has been bearing losses. The first flush season has just started and this is the time when gardens want to produce maximum tea,” said a management source.

Simulbarie that produces CTC tea is situated off the Kurseong-bound Rohini Road.

In the notice announcing suspension of work, the garden’s manager said it was because of the attitude of some workers that such decision had to be taken.

“A number of notices had been served earlier but workers didn’t pay heed. They are disobeying the management’s order. There are reports that some workers even threatened supervisory and managerial staff when reminded of their duties,” the source said.

Most labourers belong to the Himalayan Plantation Workers Union, which is allegiant to the GNLF.

Kalyan Bagdas, the general secretary of the union, said the management should reopen the garden immediately.

“They should sit with us and resolve the problem. Tea production has just started after the lean season and we don’t want the management or workers to suffer now,” he said.