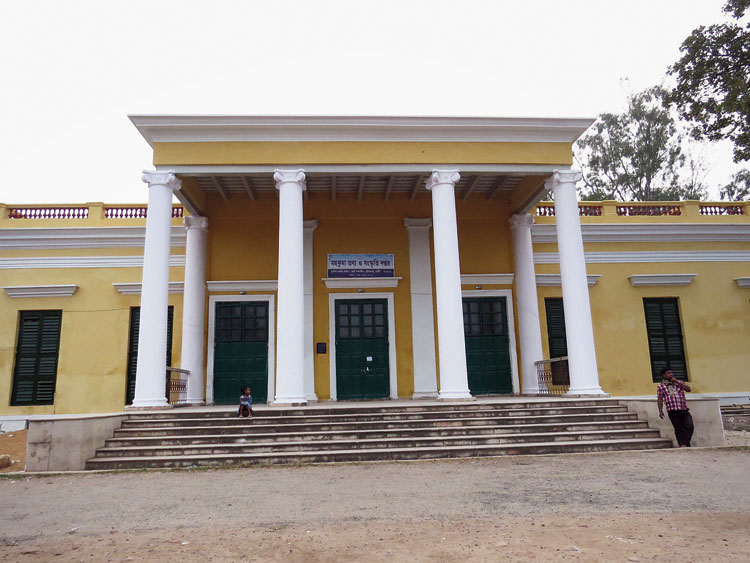 A view of the north gate of the Danish Government House in Serampore after renovation
Picture by Sudeshna Banerjee
Sudeshna Banerjee   |   Calcutta   |   Published 24.02.20, 08:21 PM 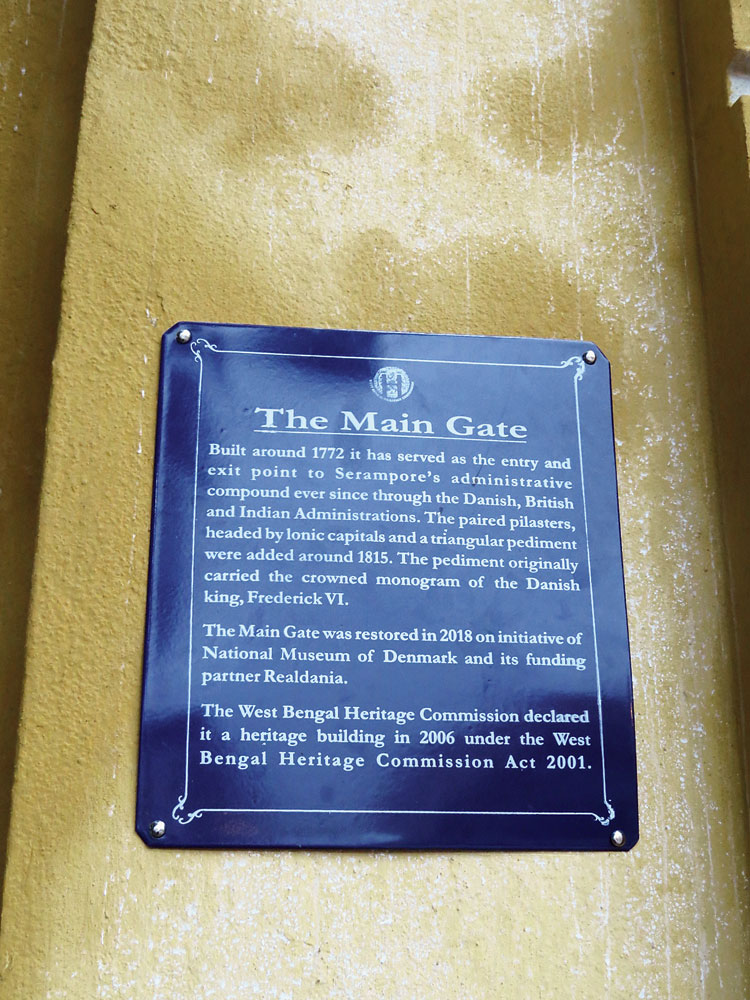 A blue enamel plaque put up by the Heritage Commission announces the heritage status of the Main Gate, restored by the National Museum of Denmark and INTACH
Picture by Sudeshna Banerjee
Advertisement 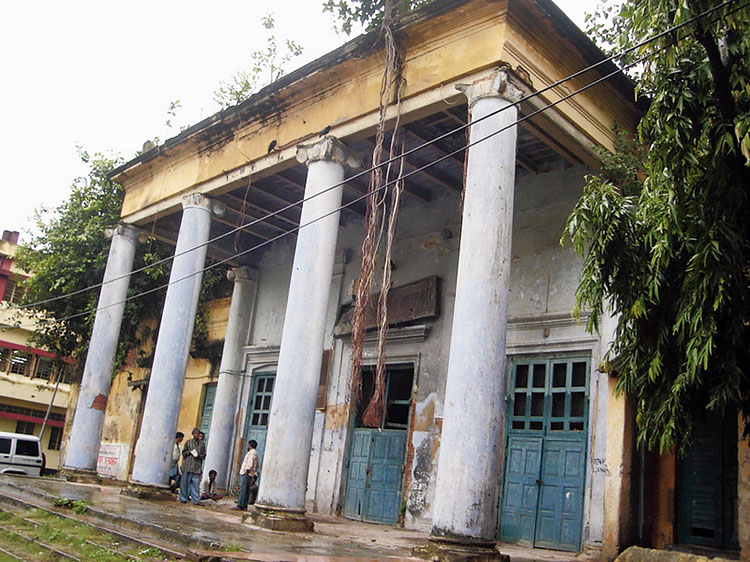 The north gate of the Danish Government House before renovation.The construction of the structure had begun in 1771. The residence of the Head of Serampore under Danish administration and a court of law in the British regime, it has been restored by the state heritage commission.
Picture courtesy: Gopa Sen

The historic town square of Serampore is being rebuilt and a permanent exhibition being set up at the Danish Government House, which is in its last lap of restoration.

The projects are part of the second phase of the rejuvenation of the colonial-era built heritage of the riverside town in Hooghly district.

The state heritage commission recently put up blue enamel plaques on the walls of the north and south gates to Serampore town square, the Government House and the Denmark Tavern, announcing their heritage status.

“In the 1830s, Serampore was called India’s most beautiful town because of the European and Indian houses along the riverbank. This town was the first to have a Strand. But we should not look at these buildings only from a historical perspective as Serampore is now a modern city. We need solutions that are locally viable. Tourism is seasonal. We cannot have places built for foreign tourists staying empty half the year,” said Bente Wolff of the National Museum of Denmark, who is the project head of the Serampore Initiative.

Serampore Municipality and the urban development department have upgraded the riverfront as a recreational area. Wolff urges that the restoration initiative be used to improve the town square for Serampore citizens and keep it free of highrises.

“This is their green lungs. When we started the project, women were scared to walk here after sunset, even with male company. Now, with the riverfront and the tavern bustling, they walk alone even at 9 or 10pm,” she said.

A godown between the Government House and the south gate was demolished by the district magistrate’s office to restore the passage between the two, which will be landscaped. The government has shifted a bus terminus in front of the church. Plans for a multi-storeyed motor vehicle registration office in the area have also been scrapped.

The restoration of the Government House is a Rs 2-crore project, funded by the state heritage commission through the information and cultural affairs department.

“It is taking long because the funds came in instalments. When we started in 2008, the front room had collapsed and the place was a den of snakes. We started by restoring the structure. In the next phase, we built doors and windows so that the place could be locked. The flooring, the brick work and the ornamentation on the pillars outside are happening in the last phase,” said Gopa Sen, consulting architect for the heritage commission.

Conservation architect Manish Chakraborty restored the two gates. “They were the only portions of the Government House boundary wall surviving from the 1750s,” he said.

Local heritage enthusiasts have joined the exhibition thinktank. “The rooms will have exhibits on the town’s pre-colonial history, especially its Vaishnava tradition; colonial and trading history till the British era; participation in the freedom struggle and its profession-based demographic composition. The stages of the restoration will also be documented,” said Soumitra Sengupta, a member of the Serampore Initiative.

“The regeneration of Serampore will hopefully have a ripple effect on other towns on the Hooghly.”

The Serampore Initiative team plans to upgrade the town square, for which the state government had sanctioned funds last year under the Green City Mission. The tender process is underway.

“There is a cafe culture as well as interest in history among people here. So, there is scope for regional tourism along the Hooghly. We can make the area attractive for both Serampore residents and tourists from Calcutta, neighbouring districts and abroad. Heritage restoration is not only about heritage buildings. It is also about upgrading liveability of urban space,” Wolff said.

Suggestions had come for opening a museum in the Danish Government House but Wolff points out that it would have been expensive. “This building has always had an administrative use and should continue to have so.”

From the 1770s, the Danish governor had his residence and office in the building, which later housed the offices of the British subdivisional officer and his Indian counterpart. Now, the subdivisional information and cultural officer (SDICO) occupies the front.

An exhibition on Serampore is being planned in three rooms, which the SDICO can manage. A fourth room will be used by a local heritage society to hold seminars and meetings or for renting out.

The adjoining British land registry office had been walled up with cement. “It was full of files damaged by water seepage. The wall has been demolished to reveal the pillars. A restaurant serves Bengali food here,” Wolff said, showing Metro around.