As Covid cases rise, Mamata wants Round One of sanitisation work to be completed by October 30 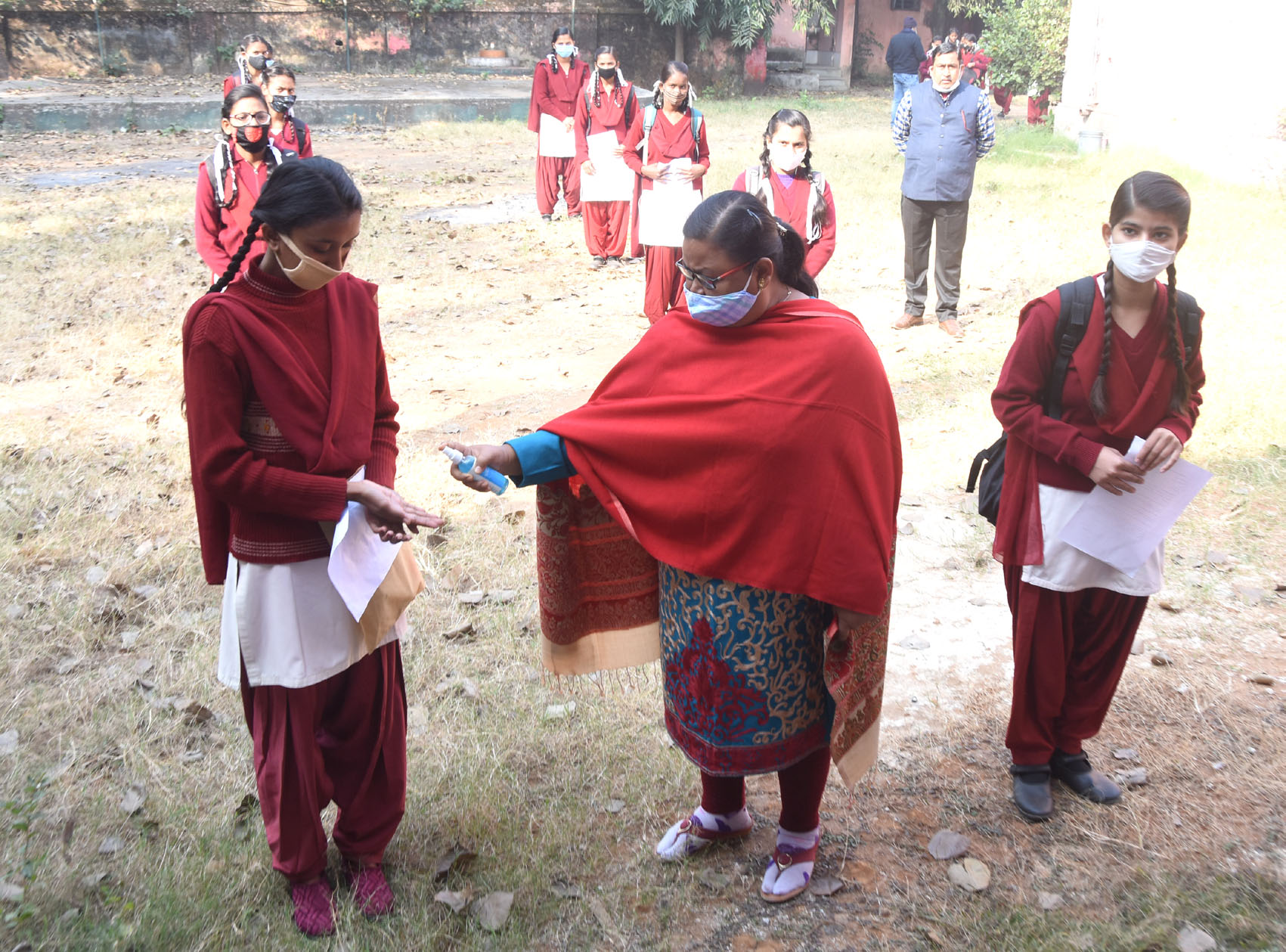 The schools had already been instructed to inspect the condition of the buildings and take up repair work.
File picture
Arnab Ganguly   |   Calcutta   |   Published 25.10.21, 04:17 PM

Educational institutions in Bengal will open from mid-November, as announced on Monday by chief minister Mamata Banerjee at Siliguri, amid a rise in Covid cases across the state post-Durga Puja.

“Schools and colleges should be reopened from November 15 onwards. They have to be given time to sanitise,” Mamata told state chief secretary H.K. Dwivedi during an administrative meeting in the North Bengal town.

“Kali Puja is on the 4th (of November), followed by Bhai Phonta on 6th, Chhat Puja on November 10 and 11 and Jagaddhatri on November 13. Whatever is to be done has to be from November 15 onwards,” Mamata said.

The CM later clarified that classes 9-10, 11-12 & college, universities will reopen from November 16 as November 15 is a holiday on occasion of Birsa Munda jayanti.

The state government has allocated Rs 110 crore for renovation of school buildings, which have been lying shut since March 2020. For around 400 government and government-aided schools in Calcutta and surrounding areas, Rs 7crore have been allocated.

The schools had already been instructed to inspect the condition of the buildings and take up repair work.

Though the government order on reopening of schools is still pending, sources said reopening is likely to be done in phases beginning with classes IX onwards.

On Sunday, Bengal had reported 989 new cases of Covid-19, higher than the 974 cases recorded on the previous day. The highest number of cases were recorded from Calcutta (273) followed by adjoining North 24-Parganas (146).

The Bengal government has relaxed most of the restrictions imposed in May this year after the elections, though curbs on educational institutions remained. Mamata had earlier hinted that schools could reopen after the festive season.

CISCE and the CBSE have already announced dates for holding offline examinations from November 22 and November 30 respectively, which might have forced the state government’s hand in opening educational institutions, at a time when children are yet to be vaccinated.

A Bengal government official said the central boards did not consult the state before announcing their offline schedule. Had the Bengal government delayed the opening of schools, students in CBSE and CISCE run schools would have faced problems in appearing in the exams.