We will bring in three tigers from Assam: Principal chief conservator of forests 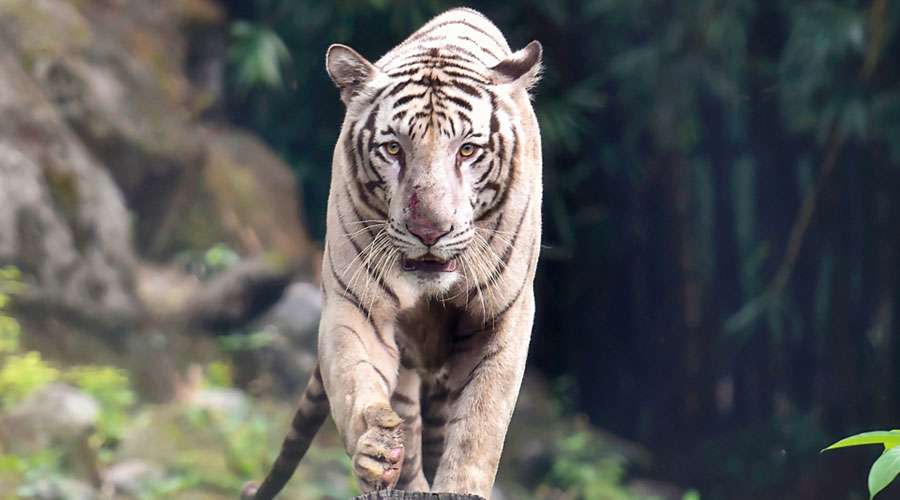 The National Tiger Conservation Authority has sanctioned Rs 12 crore for reintroduction of royal Bengal tigers in the Buxa Tiger Reserve in Alipurduar district.

The Bengal forest department had decided to reintroduce the big cat that has not been sighted in the BTR for many years. Assam foresters had already agreed to send tigers to Buxa.

“The NTCA has granted Rs 12 crore for reintroduction of tigers in the BTR. We have completed all necessary formalities with the government of Assam and initially, we will bring in three tigers,” said Ravikant Sinha, principal chief conservator of forests, Bengal.

Buxa is the only tiger reserve in north Bengal though photos of the animal were repeatedly clicked in the Neora Valley National Park in Kalimpong. The carnivore was sighted in the Jaldapara National Park in Alipurduar also.

Senior Bengal foresters had drawn up a plan to bring in tigers from Assam and release the same into Buxa. Residents of villages in the core areas of Buxa were shifted and the prey base was boosted by the release of herbivores.

Sinha said the forest department had initially planned to get six tigers from Assam. “But we want to know how the tigers behave after their release in the BTR.”

“If everything goes fine, three more would be released in due course,” the forester added.