The leader, who voiced her support for Gaurav Biswas, abruptly logged out of a virtual meeting chaired by party state chief Sukanta Majumdar and Dilip Ghosh 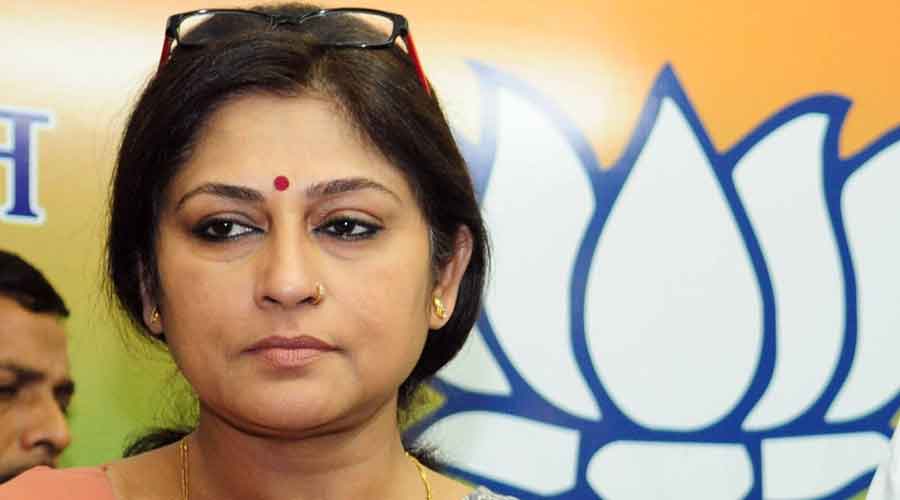 Rajya Sabha member Roopa Ganguly abruptly logged out of a virtual meeting chaired by Bengal BJP chief Sukanta Majumdar and his predecessor Dilip Ghosh after she alleged irregularities by the state leadership in the distribution of tickets for Calcutta Municipal Corporation polls.

“Before quitting the online session, Ganguly said she shouldn’t be called to “such meetings,” said a BJP insider. She later took to social media to proclaim her support for Gaurav Biswas, an independent candidate from ward 86 of the CMC.

Biswas is the husband of Tista Biswas, the deceased BJP councillor from the same ward, and was an aspirant for a BJP ticket. However, the party named Rajarshi Halder from ward 86, which led Biswas to file his nomination as an Independent.

In her post Ganguly, who is the former state chief of the BJP’s women wing, wrote: “Today my belief got confirmed that Tista death was not a mere accident but a murder. Sorry BJP4Bengal, I am with Gaurav in my little capacity”.

Tista died in a car accident in October near Tamluk in East Midnapore while she was returning from Digha. Her husband, Gaurav, was also in that car, but he survived with injuries.

Sources in the BJP said Ganguly was unhappy over the fact that she wasn’t consulted before distributing civic poll tickets in south Calcutta. “She is also upset over the fact that Tistadi’s husband was denied a ticket. Both Tistadi and Gauravda are close to her,” a BJP leader said.

Barrackpore MP and BJP’s CMC polls committee observer, Arjun Singh, said Ganguly must resign as an MP before pledging her support for someone other than the party’s candidate.

In at least three wards, the BJP struggled to find proposers for their candidates. While some sources have said those wards are minority-dominated and no one would propose a BJP candidate, others said Trinamul Congress goons stopped the proposers from signing the candidates’ forms.

“After a lot of struggles, we managed new proposers at the last hour. We are not sure if these candidates would pass the scrutiny,” a BJP state functionary said.

In ward 6, two candidates have filed nominations for the BJP.

Sources said Pramila Singh, the original nominee of the party, is physically unwell. Another person has been given the party symbol.

Wednesday was the last day to file nomination for the Calcutta civic polls.