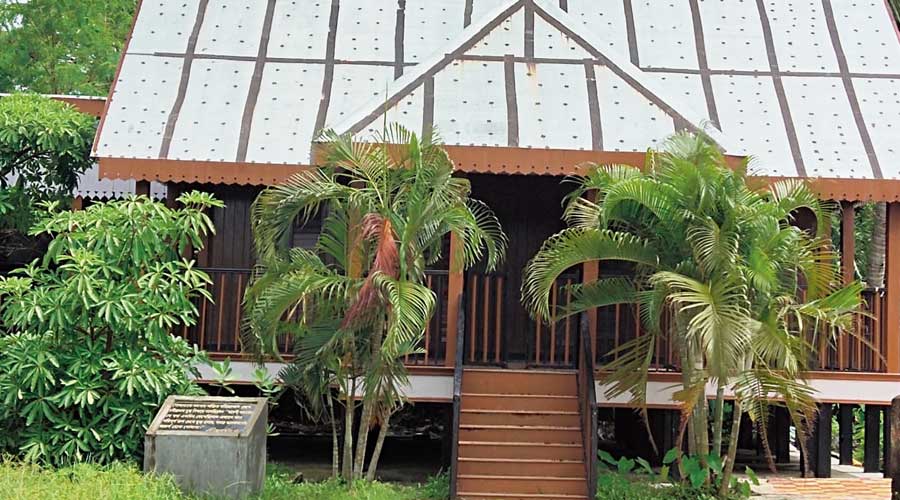 Gosaba Island, an otherwise remote location on the Bay of Bengal, is set to gain a new lease of life as a tourist destination around Durga Puja this year.

South 24-Parganas district administration has spent Rs 75 lakh to renovate and beautify the historical Beacon’s Bungalow on the island, where Rabindranath Tagore had visited in 1932 to see the development initiatives in the area by Scottish national Daniel Hamilton, a businessman-cum-social worker who had made Bengal his second home.

Hamilton had built the single-storey bungalow in 1903 on this delta island of the Sunderbans, around 100km from Calcutta.

It is also an architectural marvel as it had been built on solid wooden stilts.

Hamilton was one of the richest men in British India who headed Mackinnon & McKenzie, a shipping company, and had bought 40sqkm (roughly 90,000 acres) land from the government spanning three islands of Gosaba, Rangabelia and Satjelia.

Regarded as a pioneer of the rural and economic development of Gosaba, Hamilton began with helping people weave shawls.

He also encouraged farmers to better their lot.

He helped them form cooperatives to store crops, and also to learn skills such as cattle farming, fishery, horticulture, weaving, and carpentry in an effort towards develop the rural economy.

Hamilton also set up primary schools in the region.

In December 1932, Rabindranath Tagore had paid a visit to Gosaba and stayed at Beacon’s Bungalow.

The reportedly left a deep impression on Tagore and led him to replicate similar development initiatives in Santiniketan.

“Though Tagore visited Gosaba in 1932, the poet had been aware of Hamilton’s activities earlier and had shared with the Scottish shipping magnate his vision of development in a letter written in 1930. Much of Tagore’s cooperative initiatives at Sriniketan and Santiniketan were those he witnessed during his visit to Gosaba,” Sukhen Biswas, who teaches Bengali at Kalyani University, told this paper.

The district administration here has already started the construction of a nature park encircling this bungalow, and has plans to install the busts of Hamilton and Tagore, in addition to other fixtures.

“We are in touch with some people in Santiniketan regarding this archive. At the same time, we are trying to contact people who have items used by Hamilton. We are hopeful that the archive will materialise through everyone’s help,” said block development officer, Saurabh Mitra.

Authorities are also contemplating building a watch tower near the bungalow. “However, this will only be taken up in the next phase of development,” a district official said.

“The initiative is to make the historical bungalow a tourist destination of the region. The renovation and beautification work of the dilapidated bungalow are expected to be completed before Puja,” said BDO Mitra.

Left in a dilapidated condition for years, the bungalow’s revival was proposed by the BDO a few months ago. After a proposal and an onsite review by district magistrate P. Ulaganathan, Rs 75 lakh was allotted for the job.

“We have renovated the wooden bungalow but have not made changes to its original look, architectural design and ambience. We are hopeful that tourists will have a pleasant visit at Beacon’s Bungalow and experience the essence of the two great personalities,” the BDO added.