Mohan Bhagwat on five-day visit to West Bengal in January

RSS chief is scheduled to address 2,500 swayamsevaks at Shahid Minar Grounds in central Calcutta on occasion of Netaji's birth anniversary 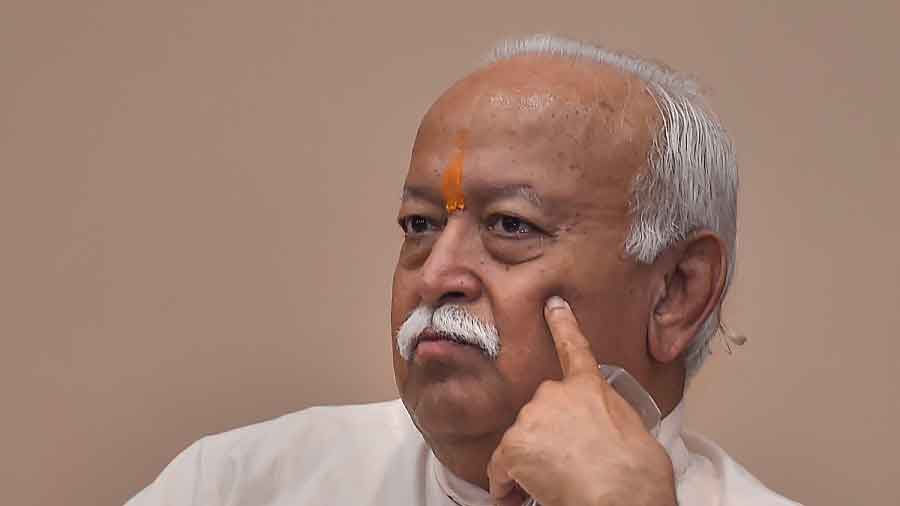 RSS chief Mohan Bhagwat will be on a five-day visit to West Bengal in January, during which he will hold closed-door meetings with functionaries and address swayamsevaks in Calcutta, office-bearers of the organisation said on Saturday.

Bhagwat is scheduled to address 2,500 swayamsevaks (volunteers) at Shahid Minar Grounds in central Calcutta on the occasion of Netaji Subhas Chandra Bose's birth anniversary on January 23, they said.

"During his five-day visit to West Bengal from January 19 to 23, he will hold two closed-door meetings with RSS functionaries and address swayamsevaks on January 23," a senior state leader of the outfit said.

He will take stock of RSS's organisational growth in West Bengal, where it has made deep inroads in the last several years.