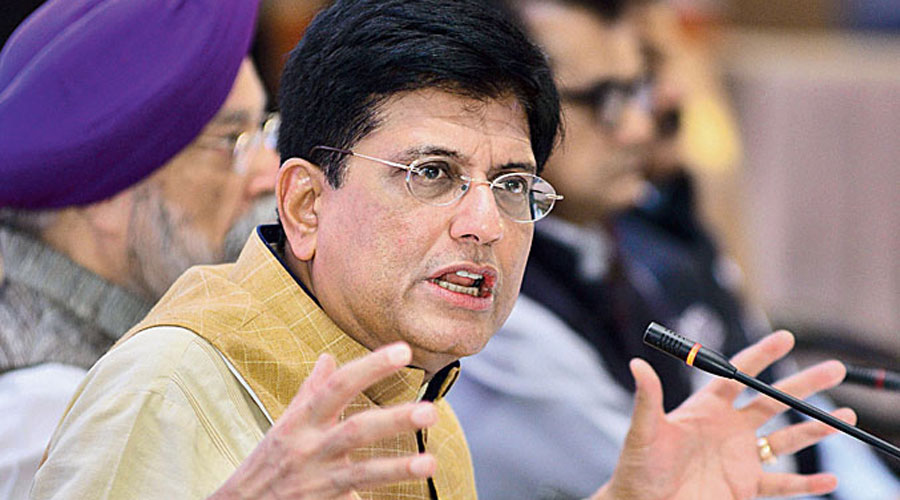 The Narendra Modi government, playing the development card to woo Bengal’s voters, on Sunday introduced new infrastructure, including a 126km electrified section, and facilities in a number of stations across north Bengal.

“The railways have taken up the task to contribute to the mission of developing Sonar Bangla. In Bengal, railway tracks will be fully electrified in three years,” said Goyal.

“North Bengal is known for its natural beauty and its infrastructure development will draw more tourists. The railways are working for the holistic development of the region,” the railway minister added.

Among the infrastructure inaugurated on Sunday were the 126km electrified section between New Jalpaiguri (NJP) and New Cooch Behar, the new station building with a circulating area, running rooms and signalling system at Haldibari station, the electronic interlocking system at Haldibari, Gangrampur and Jalpaiguri Town stations, a new platform at Gangarampur station, a renovated Alipurduar Junction with two elevators, and a foot overbridge at Madarihat station in Alipurduar district.

“The NJP-New Cooch Behar section is vital for train movement to the northeast. Electrification will help run more trains in an environment-friendly manner with less carbon emission,” said a source.

Last December, the Haldibari-Chilahati (Bangladesh) route opened up and goods trains started running along the route. Three passenger platforms and two tracks for goods trains came up before the route started functioning.