Advertisement
Home / West-bengal / Praying to goddess of his own making

Praying to goddess of his own making

The crowd on the streets, Rudrapal feels, was less this time 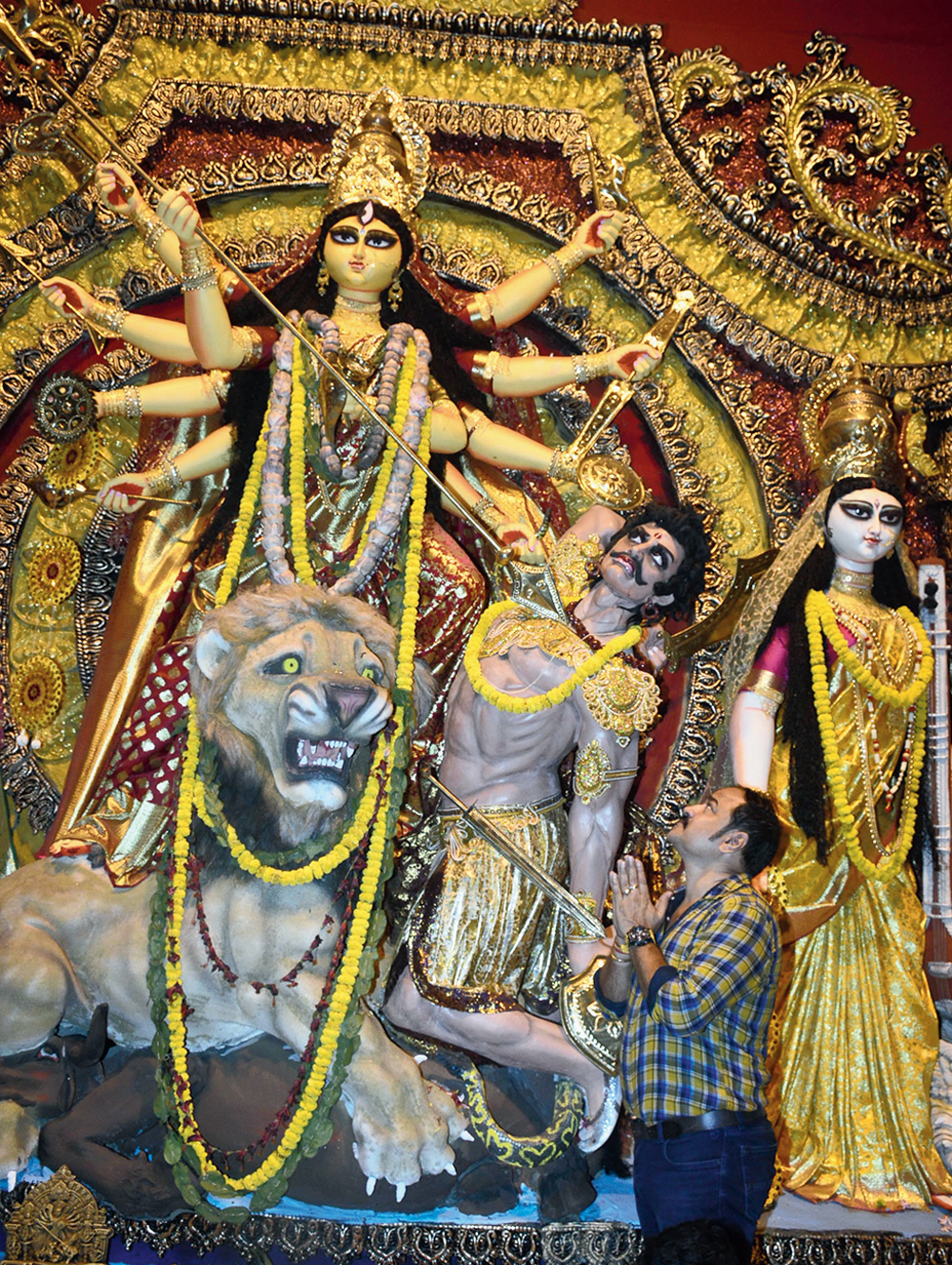 Pradip Rudrapal has a fixed number of Durga idols he makes every year — 65. “That is all I have the infrastructure to make at my Telengabagan studio.” The four godowns spread over 14 cottahs near Ultadanga house some of the biggest and best of Calcutta’s idols. Among them is his own para — BJ Block. “In Salt Lake, I make another four idols, including DL and EE blocks,” he smiles.

The puja days are his days of rest. “I sleep all morning.” In the evenings, he visits some of the pujas where his idols have been placed. “Invitations come from all the organisers. I take yearly turns to visit the big pujas.” This year, he went to Sreebhumi, Singhi Park and Deshapriya Park.

The crowd on the streets, he feels, was less this time. So was the enthusiasm. “Perhaps the slump in the market left an impact on people’s mood.”

He did visit his block puja a couple of times but not during the opening. “I am too busy in the run-up to Sashthi, fixing damages on various idols after they reach the pandals.” The rift in the block over home minister and BJP president Amit Shah’s presence at the opening, though, has saddened him. “Puja is a time for coming together, not for division.”

His studio opened the day after Laxmi puja. The Kali puja target is 50 idols. “Work is on in full force. I am making the idol for my block puja too,” he smiles.