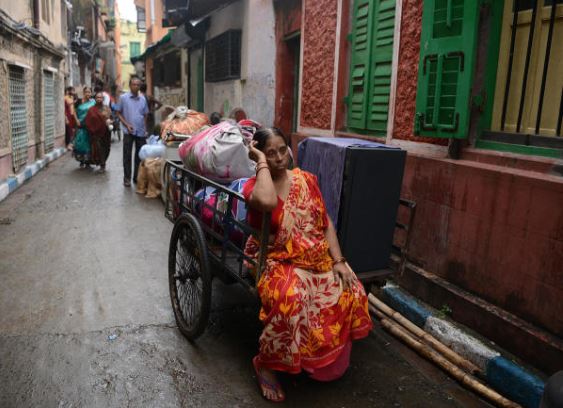 The rule that registered mail has to be returned to the sender if it remains undelivered for seven days has been waived for displaced residents of Bowbazar.

The Bowbazar post office has prepared a team that will try and deliver letters, money orders and other items to the evacuated residents at their respective hotels after verifying their identity with help from police.

Hundreds of residents of Durga Pituri Lane, Syakrapara Lane and Gaur De Lane in Bowbazar have been evacuated after subsidence triggered by East-West Metro work damaged their houses. The displaced people are staying at hotels across central Calcutta.

Not one mail has been delivered to houses in the three lanes since cracks started appearing in the buildings on September 1. Police and Metro officials are not allowing delivery personnel from the post office to enter these lanes.

“The evacuated residents are probably unaware that their documents are with us. So, we have decided to do away with the rule that registered post has to be returned to sender if it remains undelivered for a week.”

Banners in Bengali and English, requesting residents to “kindly contact the postmaster” to sort out any problem related to non-receipt of mail, were put up near the temporary police control room in Bowbazar on Friday.

“There could be money orders, maturity certificates and even debit and credit cards. If residents can’t reach us, we will reach out to them,” Chakrabarty said. “We want to ensure they don’t miss out on their mails because of the disaster.”