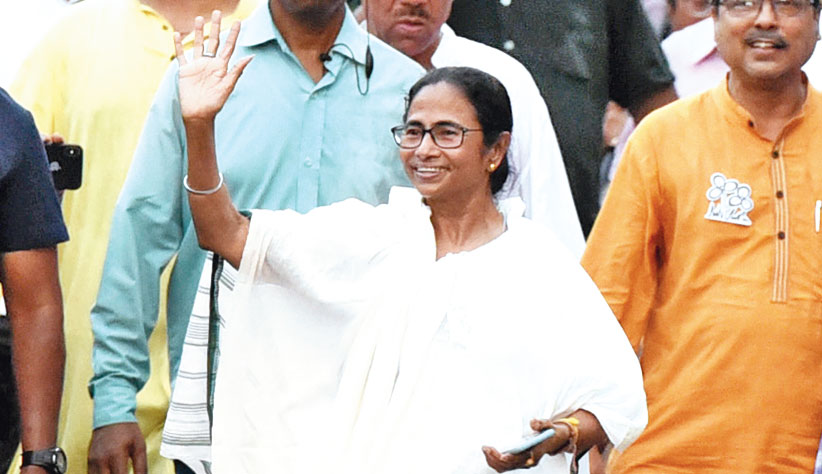 Mamata Banerjee during a road show in Jadavpur on Thursday.
Picture by Pradip Sanyal
Our Special Correspondent   |   Calcutta   |   Published 16.05.19, 08:49 PM

Mamata Banerjee has emerged again as a unifier of prominent non-BJP forces a week from the results, using her opposition to the Election Commission’s “special measures” for Bengal as a catalyst to rally the forces.

Asked on Wednesday about backing from the other forces in her opposition to the poll panel’s decisions, Mamata had said the leaders would come forward when they “get the details”.

Naidu, one of Mamata’s closest allies in the recent past, took to Twitter on Wednesday night itself, questioning the commission’s decisions. “It is disturbing to see prompt action by the ECI on the complaint by @BJP4India and @AmitShah in West Bengal, while conveniently ignoring the complaints of @AITCofficial…. It is even more disturbing to see conspicuous inaction of the ECI regarding the complaint of 22 political parties of the opposition, to validate EVM counting with the counting of at least 50% VVPAT slips in each assembly constituency,” Naidu tweeted. 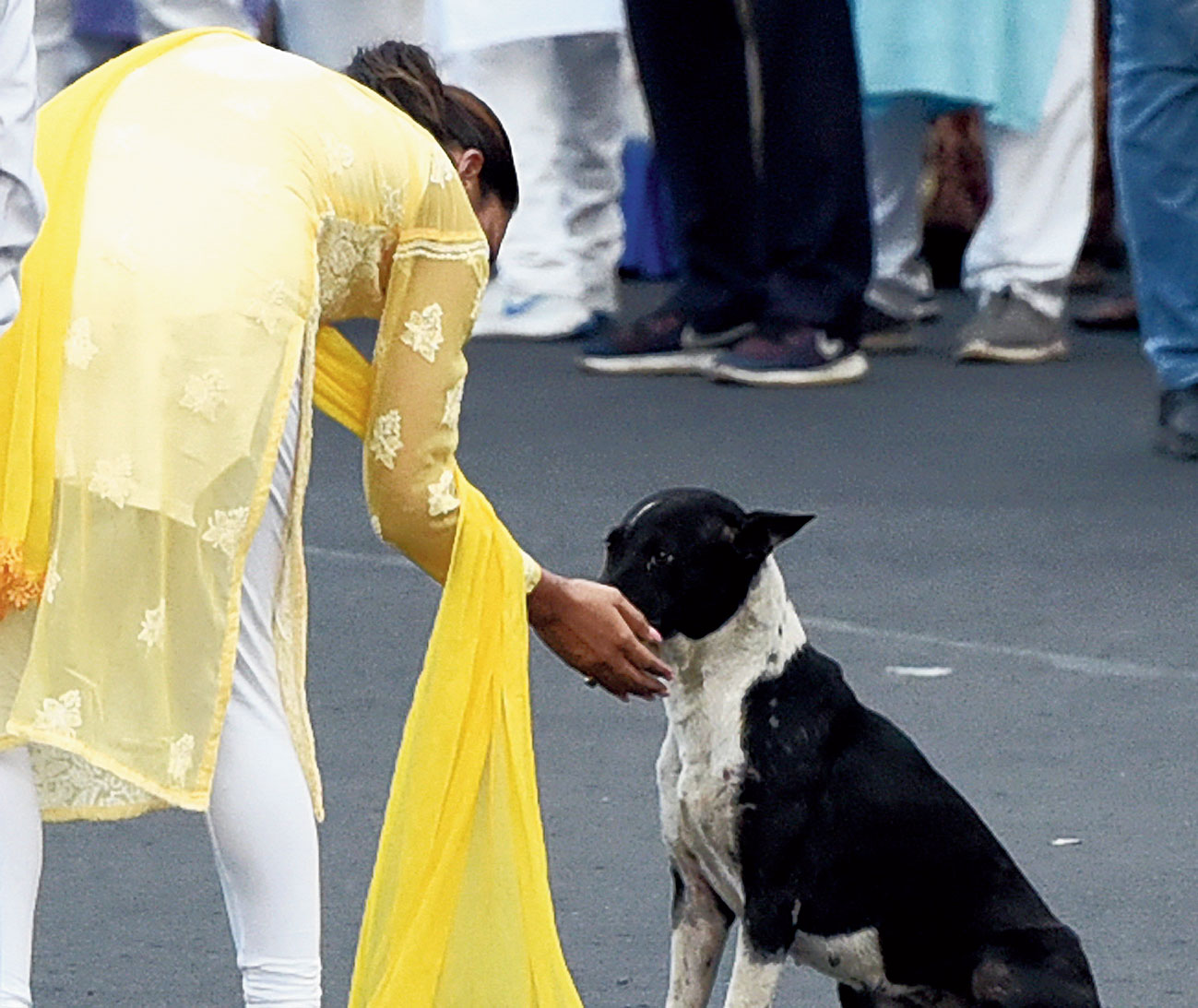 Others, like the Congress’s Randeep Surjewala and Mayawati, held news conferences on Thursday where they backed Mamata. “...As far as poll-related violence (in Bengal) is concerned, it is clear the BJP and the Centre, led by the guru, Prime Minister Narendra Modi and his chela, BJP president Amit Shah have been targeting Mamataji’s government,” said Mayawati.

“Such a conspiracy to defame Mamataji and her government is unbecoming of a Prime Minister…. It is unfortunate that the Election Commission acted under pressure from the Centre in curtailing campaign in Bengal, while the Prime Minister could address two rallies even today,” Mayawati added. 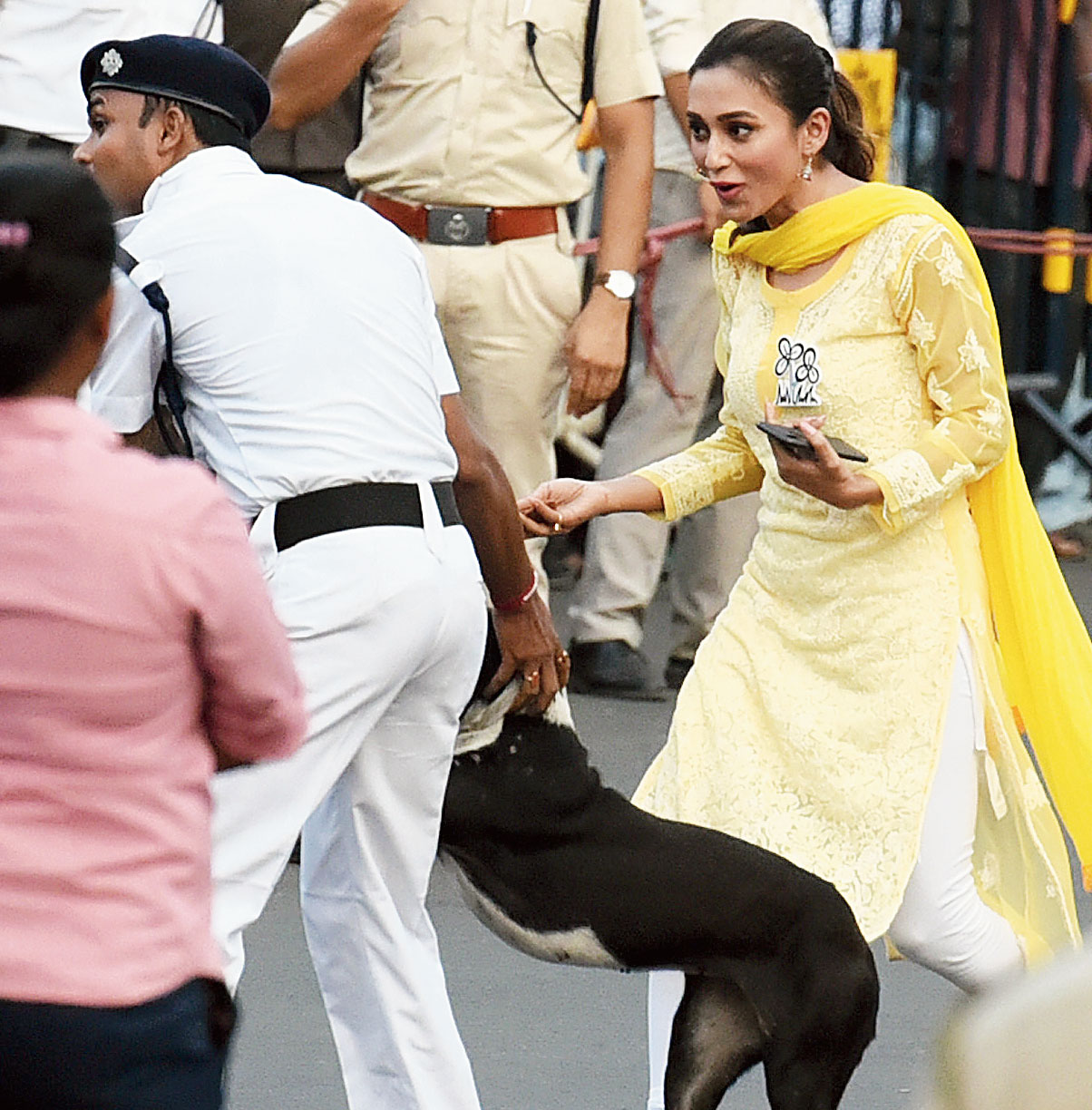 Mamata did not lose time in thanking the leaders. “Thanks and gratitude to @Mayawati, @yadavakhilesh, @INCIndia, @ncbn and others for expressing solidarity and support to us and the people of #Bengal. EC’s biased actions under the directions of the #BJP are a direct attack on democracy. People will give a befitting reply,” she tweeted.

This was the second time this year that Mamata played such a role, playing the victim card during crises in her state.

The previous instance was her 70-hour Save Democracy “apolitical” demonstration from February 3 when a CBI team had landed on the doorsteps of then Calcutta police commissioner Rajeev Kumar. “That was just before the elections…. Now this is just before the results. Her timing has been spot on, although both were conspiracies of the BJP-led Centre and its agencies,” said a Trinamul leader.

“Interestingly, in both cases this year, there is a Rajeev Kumar element,” the leader added, referring to the commission’s decision on Wednesday to remove Kumar as additional director-general (CID) in Bengal and “attach” him to the Union home ministry.

At a Dum Dum rally on Thursday evening, Modi attacked Mamata for criticising the commission.