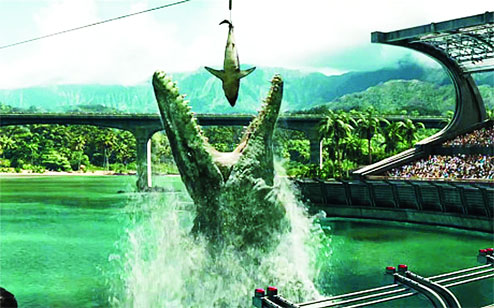 Tamluk, Oct. 24: The East Midnapore administration is planning to demolish at least 19 hotels that have come up at the beach resort Mandarmani after January 2012, violating coastal regulations and flouting a directive by the chief minister against new constructions.

During a visit to Mandarmani in January 2012, Mamata Banerjee had instructed the district administration to ensure that new hotels do not come up in the area. Local panchayats were stopped from giving permission for construction of hotels.

A district official said that according to a coastal regulation zone rule, no construction is allowed within 200 metres of the high tide line.

“The 19 hotels are located within 200 metres of the line. During a visit to Mandarmani, the chief minister had instructed the Digha-Shankarpur Development Authority (DSDA) and the district administration not to allow any further construction,” the official said.

“A survey by the block development and block land officers three months ago revealed that 19 one and two-storey hotels have come up in violation of the coastal rule,” the official added.

Construction is allowed between 200 metres and 500 metres of the high tide line but with several conditions.

The block development officer of Ramnagar II, Sukanta Saha, has summoned the owners of the hotels for a hearing in the first week of November on the instruction of district magistrate Antara Acharya.

“The BDO, block land and land reforms officer and the local police have started the process of identifying the hotels that will be demolished,” DM Acharya said.

According to DSDA chairman Sisir Adhikari, there were 65 hotels in Mandarmani at the time of the chief minister’s visit. Sources said the area frequented by tourists was 10sqkm.

“The chief minister had instructed the district administration to ensure that no further construction takes place near the beach. But 19 hotels have come up there even after the directive,” Adhikari, also a Trinamul MP, said.

According to him, four hotels that had been built illegally in Tajpur, another beach resort nearby, were demolished a few months ago.

BDO Saha said he had asked the hotel owners to come for the hearing with relevant documents. “The hotels will be demolished if they can’t furnish documents that prove that they have adhered to coastal regulations,” he said.

The owners denied flouting any rule.

Debdulal Das Mahapatra, the secretary of the Mandarmani Hoteliers’ Association, said: “There is no proper demarcation of the high tide line along the coast. It is not true that we have violated coastal regulations. It is unfortunate that a decision has been taken to demolish the hotels. If the district administration decides to pull down the 19 hotels, we will launch a movement.”

Sheikh Asibur Rahman, who owns a hotel at Mandarmani, said he had bought 0.35 acre in 2011 and built a two-storied hotel the next year with the local Kalindi gram panchayat’s sanction.

An official of the Kalindi gram panchayat said many of the 19 hotels had taken sanction for construction before the chief minister’s visit.

DSDA chairman Adhikari said the district administration and the police were busy with the panchayat elections in 2013 and some people had “taken advantage” and constructed hotels illegally.