Congress protests outside Raj Bhavan in Calcutta, many held

Armed with placards, they raised slogans against the alleged tapping of phones of political leaders, including former party president Rahul Gandhi 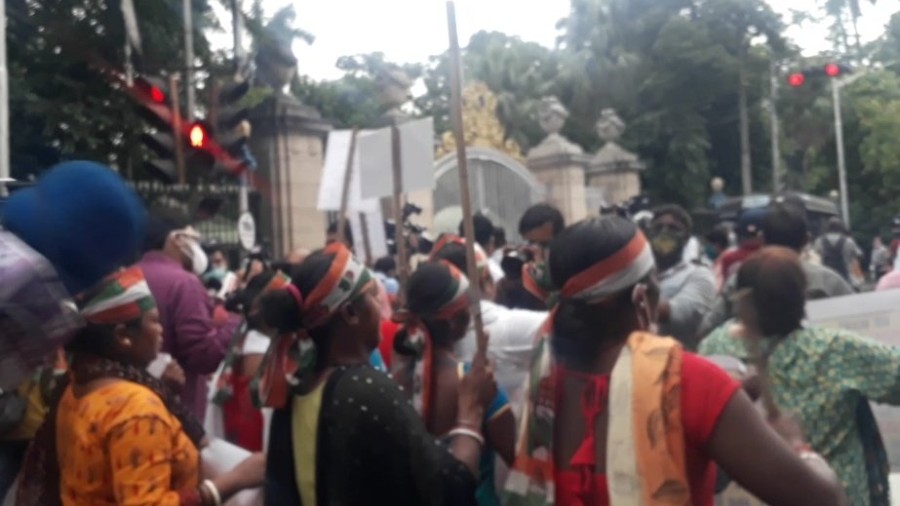 Congress supporters on Monday protested outside the Raj Bhavan in Kolkata over the snooping row.

Armed with placards and shouting slogans against the alleged tapping of phones of political leaders, including Congress leader Rahul Gandhi, the party's supporters gathered in front of the north gate of the sprawling Raj Bhavan complex.

Police detained some of the protesters and took them to the central lock-up at the Kolkata Police headquarters at Lalbazar, an official said.

"We will continue our protests till we see the end of it," Congress leader Ashutosh Chatterjee said as he was whisked away in a prison van.

Chatterjee and other Congress members shouted slogans against Prime Minister Narendra Modi and the BJP government at the Centre over the Pegasus issue, which has rocked national politics since last week.

Congress supporters protested in front of the Raj Bhavan on the same issue on July 22 as well.