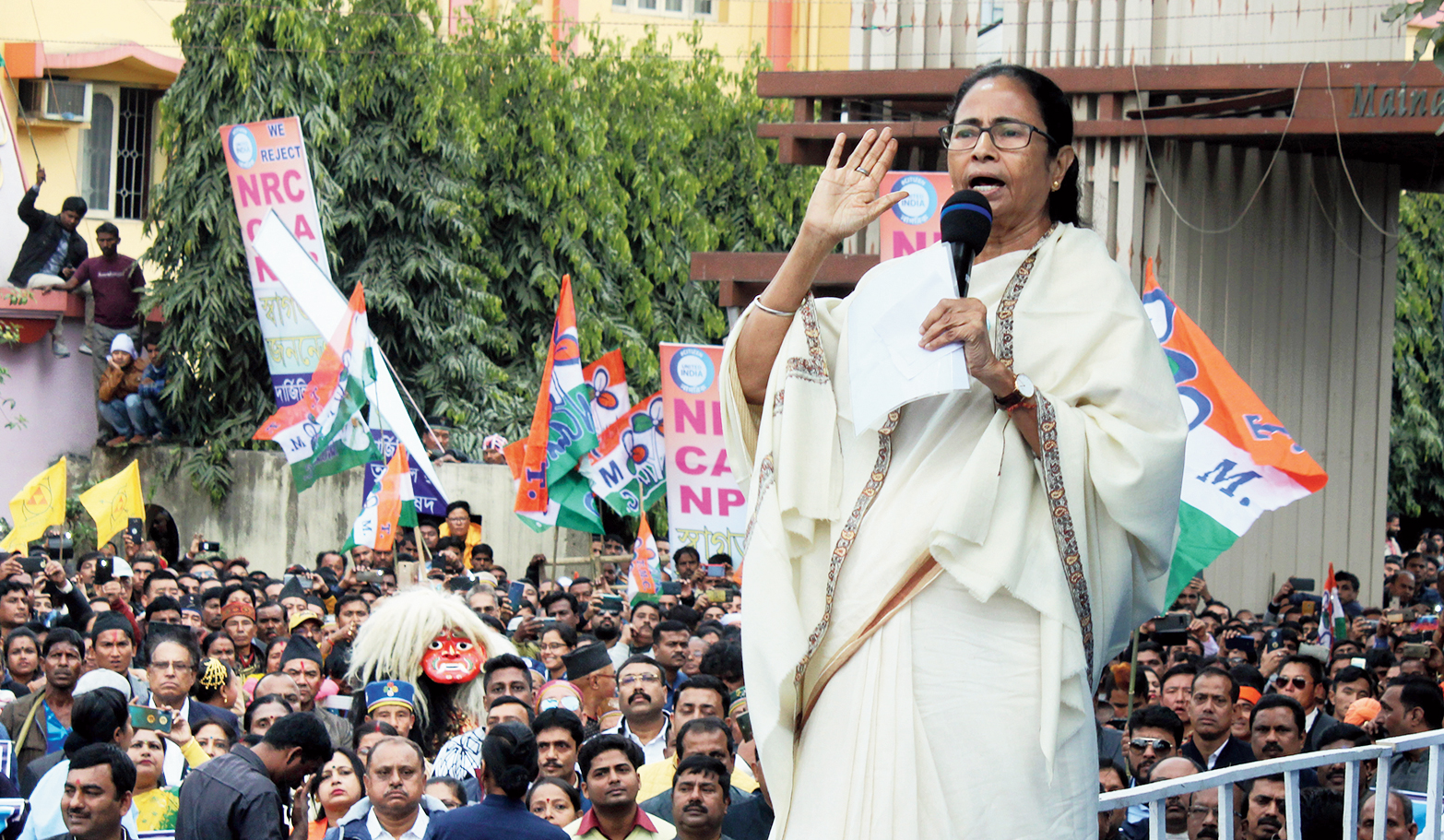 The rally is being seen as an attempt by the Parishad that is known to be close to Trinamul, to drum up support in the tea belt
Picture by Passang Yolmo
Our Correspondent   |   Siliguri   |   Published 17.02.20, 07:46 PM

A bike rally organised by the Akhil Bharatiya Adivasi Vikas Parishad against the Citizenship (Amendment) Act and the National Register of Citizens reached Kharibari block of Darjeeling district on Monday.

The rally of 200 bikers had begun from Sankosh near Kumargram in Alipurduar district on Saturday. Kharibari is around 30km from Siliguri.

The rally is being seen as an attempt by the Parishad that is known to be close to Trinamul, to drum up support in the tea belt.

“We have seen how the people of Assam are struggling to collect documents to prove their nationality despite being Indian citizens. If the Centre implements the CAA, many tea garden workers and their family members will suffer as they do not have land documents. Also, there are many who do not have Aadhaar cards even today. We are organising the rally to apprise the tea population of the probable consequences of the CAA and the NRC. It is good that the Bengal Assembly passed a resolution against the CAA and the NRC in the state,” said Dipak Chikbaraik, general secretary of the Terai unit of Parishad.

The tea population, he said, has faced huge problems during the demonetisation drive. They had to go to banks to change old notes without joining duties and lost wages. “We don’t want them to face similar hardships,” Dipak said.

In total, the bike rally covered a distance of around 150km. During the travel, the Parishad leaders and supporters also highlighted the initiatives taken by the state for tea workers and their families, including recent announcement that funds would be provided for construction of houses.