Overnight scare for trekker from Calcutta

Sambhu Roy Chowdhury, 62, got separated from his group of nine other members owing to dense fog and hilly terrain in the Sandakphu region 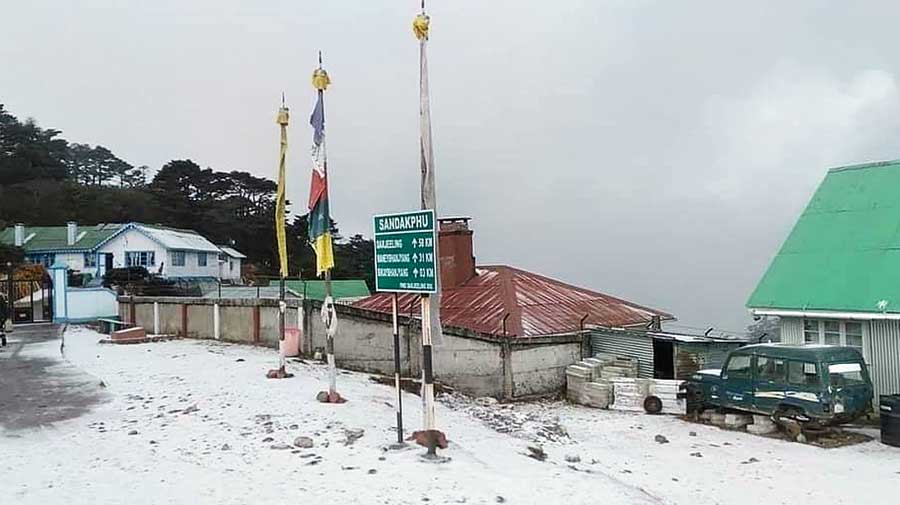 Sources said the senior citizen lost his way somewhere between Sandakphu and Moley, a village perched at an altitude of around 11,000 feet.
File picture
Vivek Chhetri   |   Darjeeling   |   Published 04.03.21, 03:35 AM

A 62-year-old Calcutta trekker, who was part of a senior citizen trekking group, lost his way in the Sandakphu region at an altitude of over 11,000 feet, on Tuesday evening, but was found a day later.

Sambhu Roy Chowdhury, 62, a resident of Netaji Nagar in Calcutta, got separated from his group of nine other members owing to dense fog and hilly terrain.

“We got information around 8pm (on Tuesday night) that one person in a group of 10 was missing. A rescue operation involving the police, the SSB (Sashastra Seema Bal) and forest personnel was arranged following which Sambhu Roy Chowdhury was rescued today (Wednesday),” said Abhishek Gupta, Darjeeling additional SP. The SSB guards the India-Nepal border in that area.

Chowdhury is a retired central government employee and avid trekker, most members of the group are either his former colleagues or friends.

Sources said the senior citizen lost his way somewhere between Sandakphu and Moley, a village perched at an altitude of around 11,000 feet. Many trekkers take the Moley route to reach Ramman on their way down from Sandakphu, Bengal’s highest point.

Subham, his son, who spoke to The Telegraph over phone from Calcutta, said the group had left Calcutta on February 26 and were scheduled to take a March 5 train to Calcutta. The son said his father had spoken to them around 2pm on Wednesday and sounded fine, though he could not be reached on phone aftterwards. “They are unreachable on cellphones at the moment but are fine,” said an official source. The Telegraph has two video clips taken by the rescue team which shows the trekker crying emotionally after being rescued.

“We never thought we would receive support in such an area, hail SSB, police, forest personnel,” members of the team are heard saying in the video. “For us they (rescuers) are God.”

Temperatures at the region where the senior citizen lost his way are nearly sub-zero during this time of the year. The Singalila National Park where Sambhu lost his way has a strong wildlife population.

The rescued team is expected to reach Maneybhanjyang, the starting point of treks to Sandakphu, by Thursday.

Son Subham said that the team whose members fall in the 60 to 65 years bracket were avid trekkers. “This is not his first trek, my father has trekked to many places including Sandakphu on numerous occasions,” said Subham.