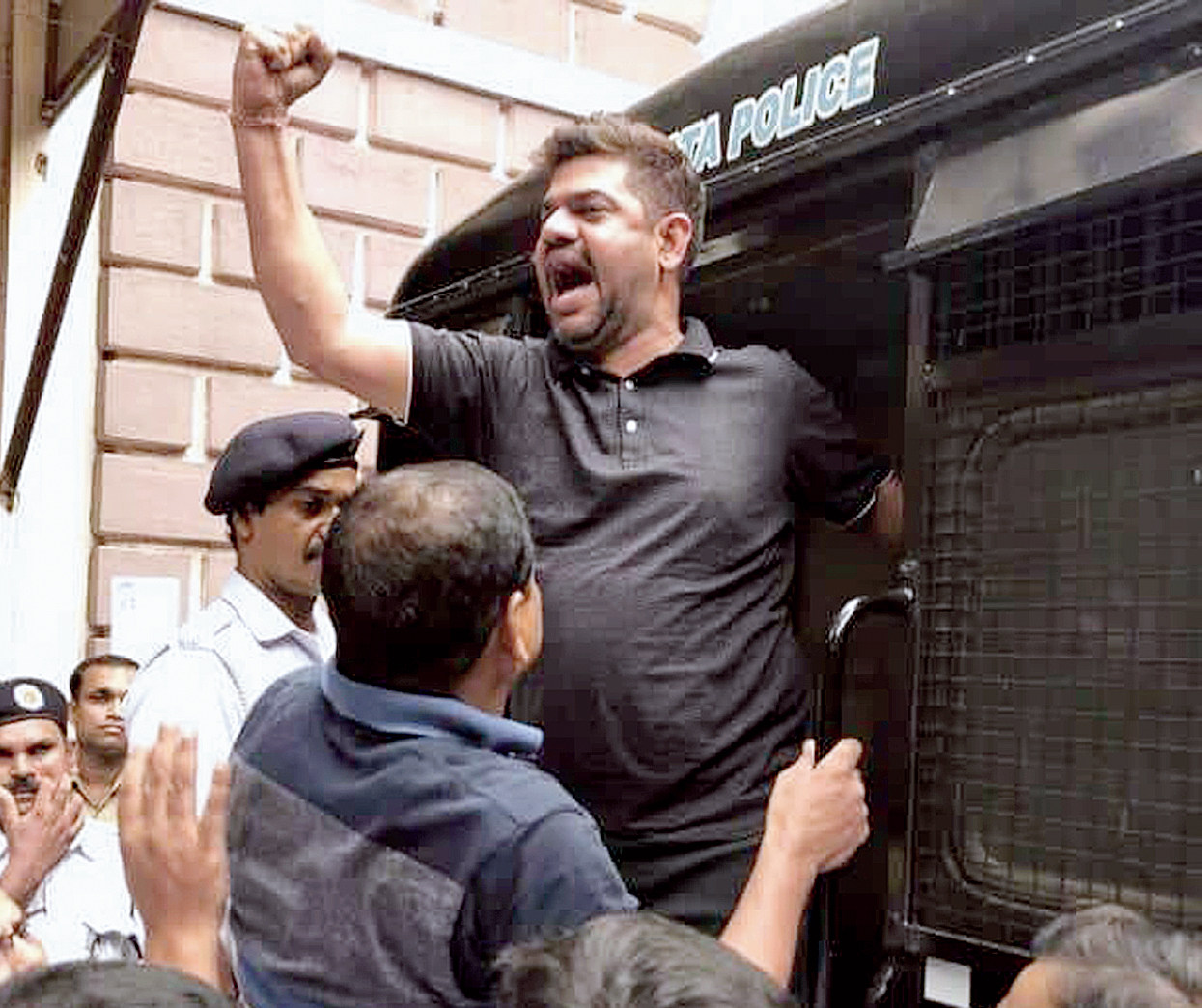 The city police on Monday took BJP leader Rakesh Singh in their custody in connection with the vandalism at Vidyasagar College on May 14.

Singh was arrested at the city airport last week in connection with an older case pending against him at Watgunge police station.

Officers of Amherst Street police station submitted a prayer before a city court on Monday and took custody of Singh till June 18 in connection with the Vidyasagar College vandalism case.

Since his arrest on June 3, Singh had been in judicial custody.

A group of outsiders barged into Vidyasagar College, on Bidhan Sarani in north Calcutta, while a BJP procession led by party chief Amit Shah was passing by and smashed a bust of Ishwarchandra Vidyasagar on the ground.

Singh had said the video had been doctored.

“Till now there is no direct evidence that Singh was at the spot during the vandalism. But it was found during investigation that several youths who were part of the vandalism had direct contact with Singh,” an officer at Lalbazar said.

Another officer said the video was evidence enough to slap charges of instigation and criminal conspiracy on Singh, who was once a Congress trade union leader with some clout in the port area.

Singh, who has cases of arson, rioting and extortion pending against him, switched camps and joined the BJP before the Lok Sabha polls.

The city police took custody of Singh a day before chief minister Mamata Banerjee is scheduled to visit Vidyasagar College to unveil a bust and a statue of the Bengal Renaissance icon.

Till now, Calcutta police have arrested 60 people in connection with the vandalism.