On July 15, when the leader decided to quit the Morcha faction that he had formed and headed since 2017 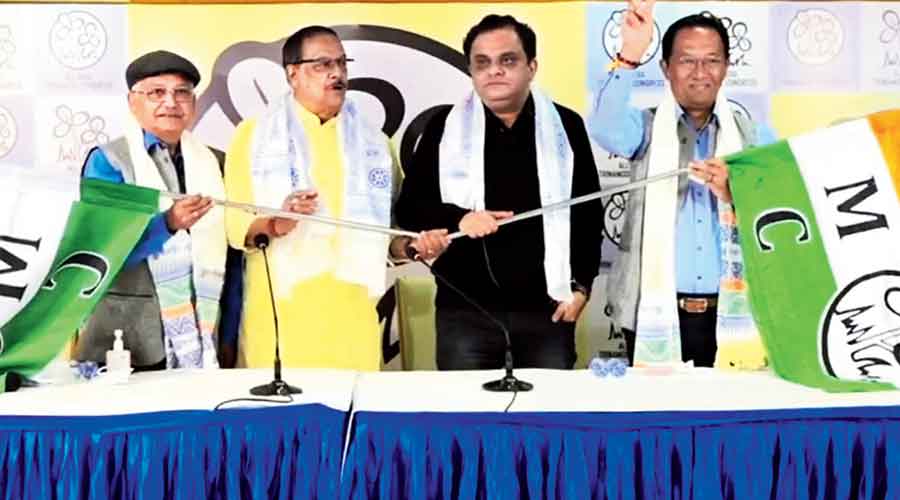 Former Gorkha Janmukti Morcha leaders Binay Tamang and Rohit Sharma on Friday joined the Trinamul Congress, underscoring the lack of options for hill politicians in the sharply bipolar politics of the region.

Tamang said he had decided to start the “third chapter” of his political career with Trinamul “to serve the common people”. Sharma, who had been Kurseong MLA twice, echoed Tamang.

In the Darjeeling hills, most parties are either aligned with the BJP or Trinamul. The only outfits who have charted an independent course are Ajoy Edwards’s Hamro Party and the Akhil Bharatiya Gorkha League (Bharati camp).

On July 15, when Tamang decided to quit the Morcha faction that he had formed and headed since 2017, the leader had categorically stated that his rivals were floating rumours of him joining either the BJP or Trinamul.

“Rumours are being spread that I am in touch with the BJP. Some said I would join hands with Bimal Gurung while another theory was that I would opt for Trinamul,” Tamang had said.

However, after joining Trinamul on Friday, Tamang said: “I would like to seek forgiveness from my supporters as I had to keep my political moves a secret in the interest of the common people. In politics, war and love, one has to sometimes keep secrets for success.”

Sharma said he switched to Trinamul “to serve the people”.

Many in the hills, however, are not surprised with Tamang’s move as there were whispers about his plan to join Trinamul.

These people believe that since Tamang’s rival Anit Thapa, the president of the Bharatiya Gorkha Prajatantrik Morcha, had started growing close to chief minister Mamata Banerjee, the best bet for Tamang was to join Trinamul to counter Thapa.

Tamang too hinted at such a possibility.

“My third chapter is also a fight against the current politics of lies and false pretensions,” he said.