Not given assent to Howrah civic body amendment bill: Dhankhar 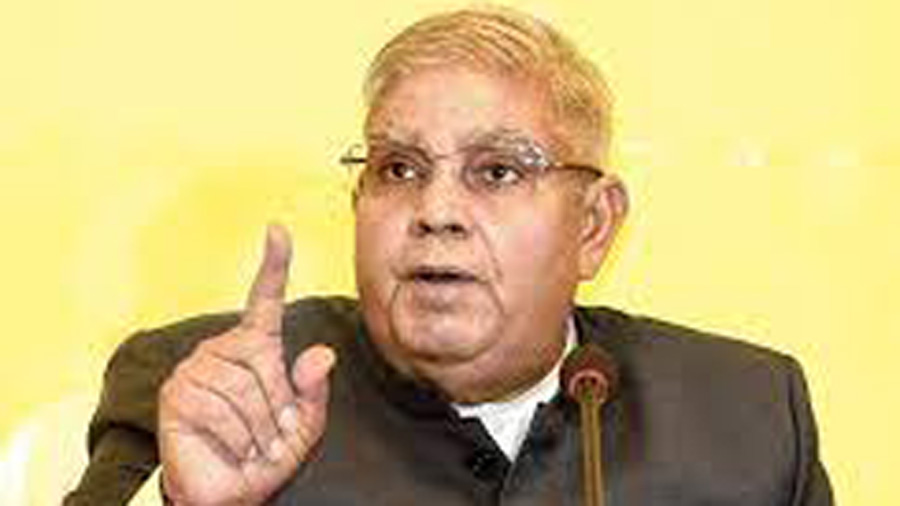 Dismissing media reports that claimed he had approved exclusion of areas of Bally Municipality from the jurisdiction of Howrah civic body, West Bengal Governor Jagdeep Dhankhar on Saturday said it is under consideration as inputs from Chief Minister Mamata Banerjee are awaited.

The governor had earlier accused the TMC government of not providing information he sought on Howrah Municipal Corporation amendment bill sent to him for his assent.

Taking to Twitter, Dhankhar said, "Reports in media that West Bengal Governor Shri Jagdeep Dhankhar has put his seal of approval on the Howrah Municipal Corporation (Amendment) Bill, 2021 are not correct. It is under consideration under Article 200 of Constitution as inputs @MamataOfficial are awaited."

Media reports that Governor Shri Jagdeep Dhankhar has given his assent for excluding areas of Bally Municipality (BM) from Howrah Municipal Corporation (HMC) are incorrect. No matter seeking exclusion areas of BM from HMC has ever been put @MamataOfficial for his consideration.

Article 200 of the Constitution empowers a governor to either give or withhold assent to a bill or reserve it for the consideration of the President.

The Howrah Municipal Corporation (Amendment) Bill, 2021 that proposed to separate Bally Municipality from the jurisdiction of the HMC, was passed by the state assembly recently.

Meanwhile, West Bengal State Election Commissioner Saurav Das called on Dhankhar on Friday and discussed issues related to pending polls to civic bodies in the state, amid allegations of rigging and intimidation against the ruling TMC by opposition camps during the just-concluded Kolkata Municipal Corporation elections.

Elections to 111 municipal bodies are due in the state.