New train to Dhaka from June 1 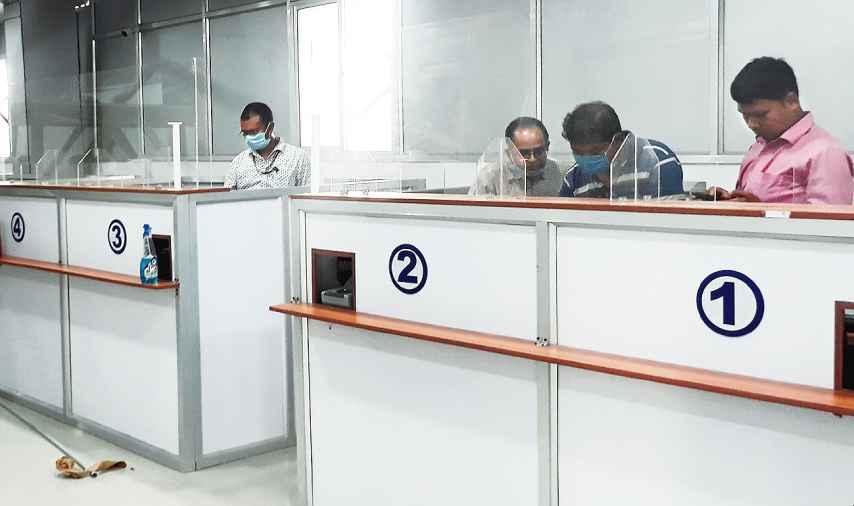 Immigration counters on platform 1A of New Jalpaiguri station from where the Dhaka-bound Mitali Express will depart from June 1.
Passang Yolmo
Bireswar Banerjee   |   Siliguri   |   Published 20.05.22, 01:40 AM

Mitali Express — the new passenger train between New Jalpaiguri and Dhaka — is all set to debut from June 1.

The railway board under the Union ministry of railways has said that the service between India and Bangladesh will start with coaches of Indian Railways on June 1 and be virtually flagged off by railway ministers of the two countries.

“It will be a bi-weekly train and will leave NJP on every Thursday and Monday. From Dhaka, the train will depart on Fridays and Thursdays,” said a source in the railways.

At the New Jalpaiguri station, platform 1A has been readied for the service. The train will arrive and depart from this platform with counters for immigration and Customs.

Commission in Dhaka and authorities of Bangladesh Railway had requested the ministry of railways in India to resume cross-border passenger train services.

“Accordingly, Bandhan Express and Maitree Express which connect Dhaka with Calcutta, which had been halted during the pandemic, will start running from May 29. The new Mitali Express would be flagged off by railway ministers of both countries from Rail Bhavan in Delhi on June 1,” he said.

Sabyasachi Dey, the chief public relations officer of the Northeast Frontier Railway (NFR) — the zone of Indian railway under which the service will run — said they received a message in this regard from the railway board.

On March 27, 2021, Prime Minister Narendra Modi and his counterpart in Bangladesh Sheikh Hasina had virtually inaugurated the train. However, due to the Covid 19 pandemic, the service could not commence since then.

“It will be a historic day for north Bengal residents who have been raising the demand for a long time. It is like a dream coming true and will help hundreds of Bangladeshis to reach this part of Bengal easily,” said Pradip Dutta, a retired railway employee.

As of now, Bangladeshis coming to north Bengal have to take buses which ply via Changrabandha and Siliguri, or take a flight or a Calcutta-bound train and then head to north Bengal.