New Town to get second thana

New police station will be located near Eco Park 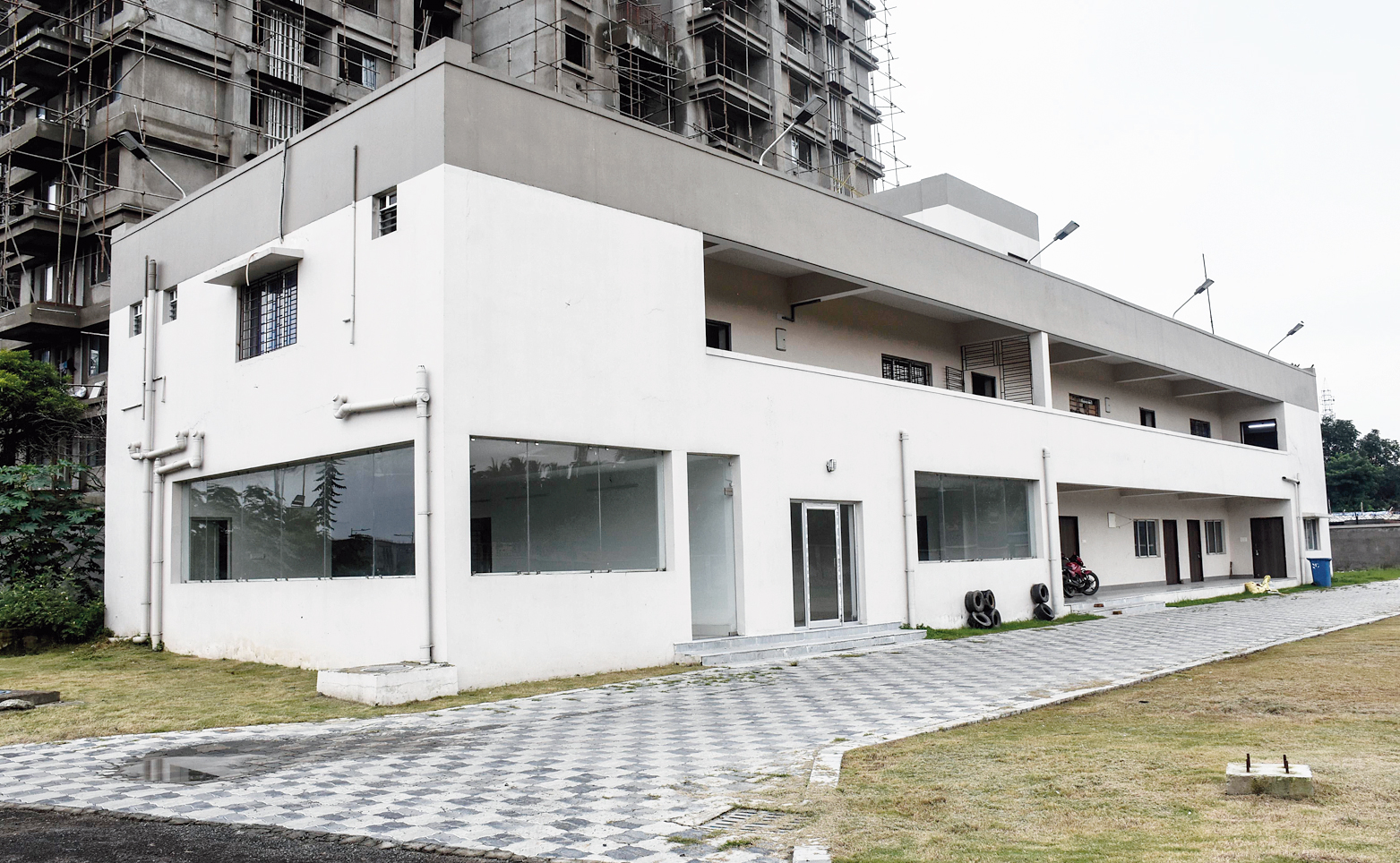 The building opposite Eiffel Tower that is expected to house both the Eco Park police station and the barracks.
(Mayukh Sengupta)
Snehal Sengupta   |   Calcutta   |   Published 22.08.19, 07:05 PM

New Town is all set to get a new police station near Eco Park.

The cabinet of ministers that met on August 16 cleared the bifurcation of the New Town police station into two separate police stations — Eco Park and Techno City New Town .

While the existing one opposite the Tata Medical Center in Action Area I will continue to operate from the same premises a new one will be located near Eco Park.

A building nearing completion on a half-acre plot near the Eiffel Tower in Eco Park is expected to house the police station after inspection by the top brass.

Kunal Agarwal, the deputy commissioner, headquarters said that the new police station would help in better patrolling of the township.

“The new police station will be useful for the residents as we will be able to distribute personnel in the area in a more organised way. There would be better police patrolling in the area as well,” Agarwal said.

An officer of the Bidhannagar Commissionerate said that the Eco Park police station will come up on the ground floor of the new building and will have a barrack for some personnel to stay on the first floor.

Eco Park already has a functional police outpost inside where personnel keep an eye on visitors to the park and check cases of eve-teasing and theft.

The original plan was to have three police stations for each of the Action Areas but there is no clarity on when the third one would come up.

The decision was taken by the cabinet keeping in mind the huge number of visitors to the park who go there on weekends and holidays. Another factor that was taken into account is the fact that there are several housing complexes that have come up near Eco Park.

The distance from Eco Park to the existing New Town police station is more than 3km and according to an officer of the commissionerate, patrolling and monitoring of the areas would improve once the new police station becomes operational.

“We already have an outpost that deals with what happens inside the park. The new police station will be located outside and will help us police the area better,” the officer said.

The existing police station opposite Tata Medical Center faces major challenges. It is responsible for policing 24.5 sq km but this includes both urban and semi-rural areas that are governed by gram panchayats. “Several housing complexes are located far away and it’s too far to reach quickly when we get a call,” said an officer.

Moreover, they have jurisdiction issues with the Kolkata Leather Complex (KLC) thana that does not fall under the Bidhannagar Commissionerate. Residents of complexes like Jal Vayu Towers, Greenfield Heights and Aloka Abasan are located very close to the existing New Town thana but they have to head to the KLC one, about 20km away, to lodge a complaint.

“Policemen from KLC police station take ages to respond to a distress call. In case of an emergency it becomes a serious concern,” said a resident of Greenfield Heights.

In 2013, a big face-off took place near Aquatica between officers of the New Town and KLC thanas. An accident had occurred and a New Town thana patrol team arrived. Witnesses allege the cops settled the case by accepting some bribe and were about to leave when the KLC officers arrived. They claimed the area was under their jurisdiction and that it was they who had the right to “settle” the matter.

There is no word on whether the jurisdiction will be rationalised now.