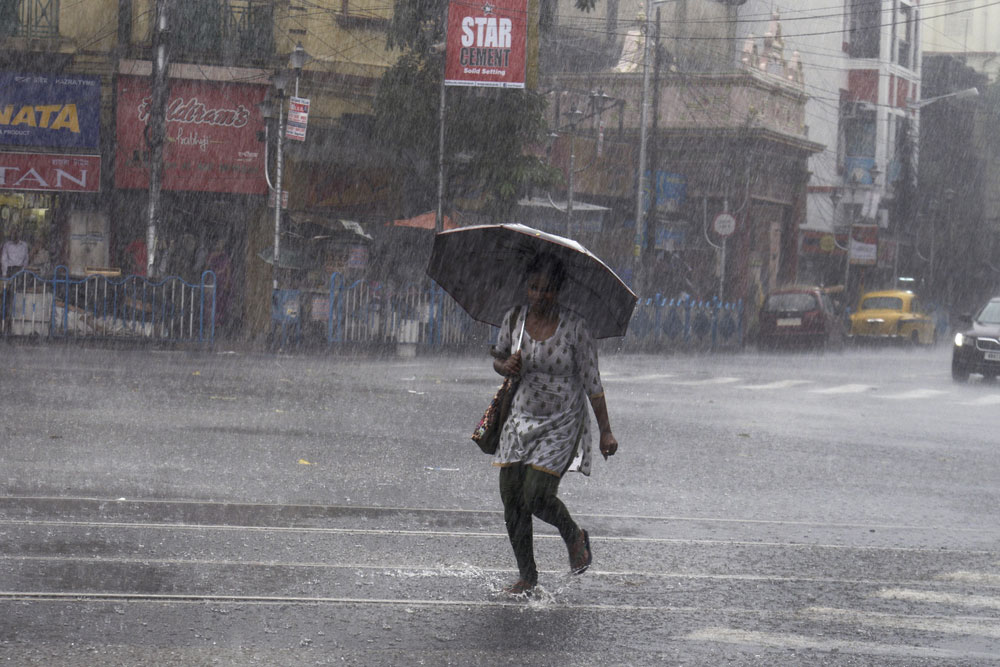 Calcutta might have been receiving frequent rain over the past few days but it was pre-monsoon rain, a weather scientist said.
(Shutterstock)
Debraj Mitra   |   Calcutta   |   Published 21.06.19, 02:37 AM

A low-pressure area over northeast Bay of Bengal is set to propel the monsoon into Calcutta and other parts of south Bengal on Friday.

The usual date of the monsoon’s arrival in the city is June 8.

“The low-pressure system will trigger light to moderate rainfall for the next two-three days,” a Met official said.

“The system will bring the monsoon currents to Calcutta. But after the system dissipates, there will be a brief dry spell.”

The monsoon is declared to have arrived at a place when a large area receives frequent and widespread rain.

Calcutta might have been receiving frequent rain over the past few days but it was pre-monsoon rain, a weather scientist said.

The showers on Tuesday had shown the first signs of a shift from thunderstorms to sustained rainfall that the monsoon is associated with.

Tuesday’s rainfall was accompanied by lightning but there were no gusts of wind, typical of squalls and thunderstorms of April and May.

Wednesday’s rain was accompanied by gusty winds. It had the characteristics of both pre-monsoon showers and thunderstorms.

Thursday was hot and sultry. The maximum temperature was 35.9 degrees Celsius but the maximum relative humidity was close to 96 per cent.

“The temperature will come down once the rains start but will again go up when they stop. It is going to be extremely uncomfortable,” the Met official said.

Last year, the monsoon had made a damp squib of an arrival in the city on June 11 with “very little rainfall”. The progress of the monsoon had followed a rare pattern, entering south Bengal before north Bengal.

It happens when there is a strong weather system over the Bay of Bengal like last year’s deep depression.

This year, the monsoon entered north Bengal on June 16.