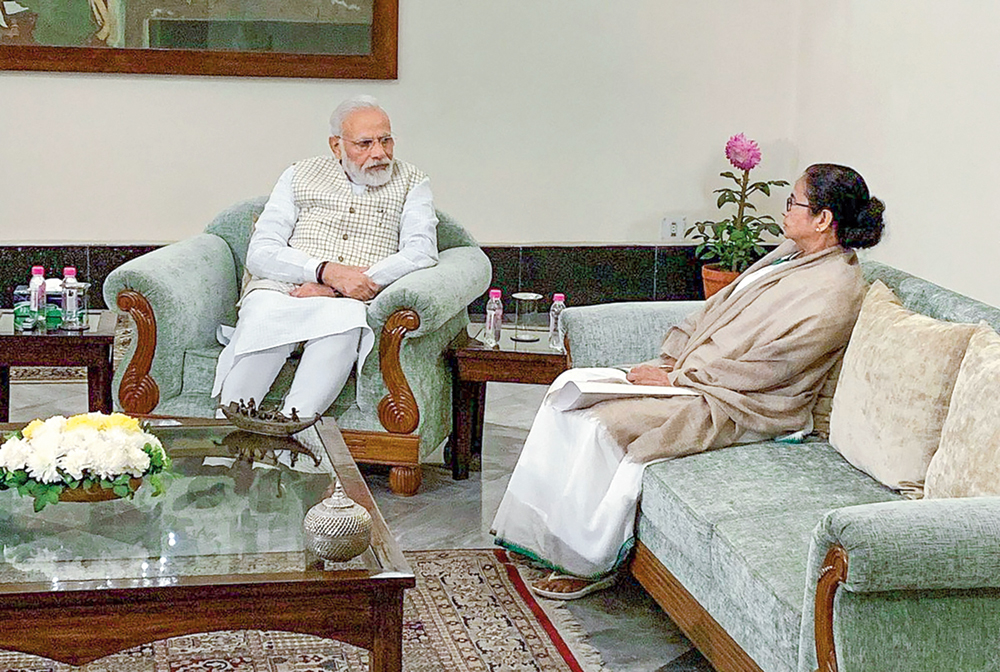 Prime Minister Narendra Modi has come across an appeal from business leaders in Calcutta, too, to draw a distinction between business failure and financial fraud.

Modi, who arrived in the city on Saturday afternoon, squeezed in two meetings with business figures where the refrain was that the government needed to stop demonising investors for their failure to pay back debts when business bets went wrong.

Bankers have been loath to lend to businesses that have racked up unpaid debts, fearing that any show of accommodation might invite intense scrutiny and harassment at the hands of federal investigative agencies if the bad loans piled up.

At least one member of the Merchants’ Chamber of Commerce delegation, which was led by Vivek Gupta, who also happens to be a Trinamul Congress MP in the Rajya Sabha, said the Prime Minister had agreed that there ought to be a distinction between fraud and failure.

“The PM said he’s working with the Reserve Bank of India and others to ensure that business losses were not penalised,” Gupta said.

Last month, Union finance minister Nirmala Sitharaman had met the chiefs of public-sector banks and tried to soothe their fears of repercussions, including vigilance enquiries, if loans turned bad.

Bankers were assured at the meeting that they would be protected if they had acted in good faith and observed all the practices of prudential commercial decision-making while extending credit.

This was the first time that the CBI director attended any discussion between the finance ministry and bankers.

The banking sector has been working hard to clear the sludge of toxic debt from its choked channels of lending through a bankruptcy resolution process.

It has found some success with the gross non-performing assets (NPAs) -– banking parlance for bad loans – declining to 9.1 per cent in the year ended March 2019 from 11.2 per cent in the previous year. The Reserve Bank said in its financial stability report, published last month, that it was the first decline in gross NPAs in seven years.

Bankers do not want to botch up that success and invite trouble through another bout of reckless lending. But it is increasingly apparent that the economy, projected to grow at 5 per cent this fiscal -– the slowest since the 3.1 per cent in 2008-09 -– cannot come out of the trough unless there is a surge in private investments.