Alipore Met recorded a maximum temperature of 37.5 degrees, 2 degrees above normal, but excessive moisture content in the air made the elements feel like 49 degrees 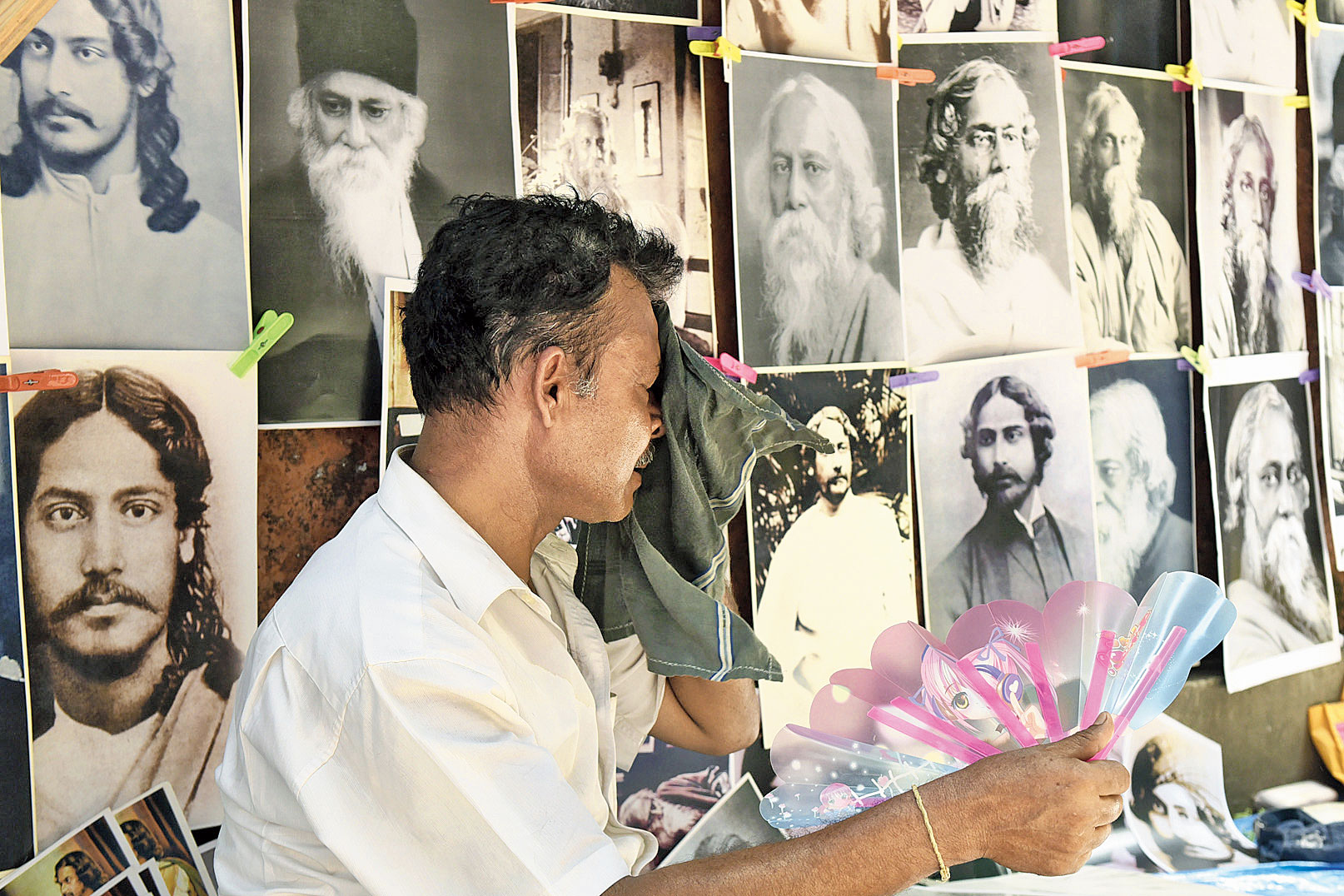 The city is doomed to suffer sultry weather at least till Monday, after which conditions might become favourable for thundershowers.

The meteorology department has warned that the western districts of Bengal — Purulia, Bankura, East and West Burdwan, Birbhum, Murshidabad, West Midnapore and Jhargram — would be in the grip of heatwave over the next two days.

The Alipore Met department recorded a maximum temperature of 37.5 degrees, two degrees above normal, but excessive moisture content in the air made the elements feel like 49 degrees, weather scientists said.

Calcutta’s minimum relative humidity — a measure of the moisture content in the air during the warmest part of the day — was 71 per cent on Thursday.

In contrast, the relative humidity in Asansol (West Burdwan) at 2.30pm was as low as 16 per cent.

“The huge gap between the relative humidity figures of the two cities shows moist south-westerly winds from the Bay of Bengal were entering Calcutta but not reaching the western districts. Those places are being swept by dry north-westerly winds. As a result, the maximum temperature in Asansol shot up to 42 degrees Celsius,” said G.K. Das, director, India Meteorological Department, Calcutta.

“Asansol’s weather is dry, while in Calcutta it is moist. That is why heatwave is likely in eight western districts but not in Calcutta.”

Heatwave is declared when the maximum temperature crosses 40 degrees Celsius and is 4.5 degrees or more above normal.

While Calcuttans are set to escape heatwave for now, they should be ready to sweat it out over the next few days because of soaring humidity.

“The maximum temperature has been more or less the same over the past few days but the minimum relative humidity doubled between Monday and Tuesday. This is happening because of a cyclonic circulation over Bangladesh, which is causing moist south-westerly winds from the Bay of Bengal to blow through Calcutta,” Das said.

“We expect a high-pressure belt to form over the Bay of Bengal around Monday. That will lead to flow of moisture into Jharkhand, where conditions will turn favourable for the formation of cumulonimbus clouds. These clouds are expected to cause thunderstorms as they float to south Bengal…. Chances of rain and strong winds in the city are high on Monday and Tuesday,” Das said.