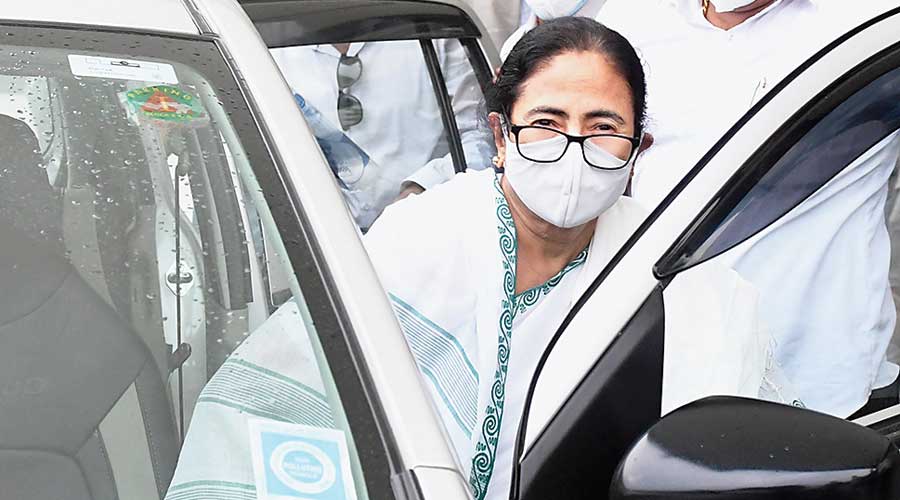 Bengal Chief Minister Mamata Banerjee, after taking stock of the flood situation in six districts of the state, wrote to Prime Minister Narendra Modi on Wednesday seeking his intervention for drafting a plan to upgrade dams in the region.

Describing the flood as a "man-made one", Mamata held "unprecedented release of water from the Damodar Valley Corporation (DVC) dams Panchet, Maithon and Tenughat" responsible for the flood situation.

Mamata, in her letter, said 16 people died in the flood and lakhs of farmers lost their livelihood.

She noted that houses, bridges, power lines and other infrastructure have also suffered extensive damage.

"In respect of the current flood, we will shortly be sending our damage assessment for your kind intervention. I would reiterate the need to develop holistic and long-term solutions in respect to augmentation of storage capacity of the DVC system to ensure that West Bengal is spared the regular devastation and suffering from man-made floods perpetrated by huge releases from the DVC dams," she wrote in her 4-page letter.

Earlier in the day, the PM had telephoned Mamata to seek updates on the flood situation in the state, and assured her of central assistance.

During the phone call too, she complained to Modi that the Damodar Valley Corporation (DVC) allegedly released water from its dams in an unplanned manner, thus causing a "man-made" flood situation in the state, a senior state government official said.

Later, a tweet issued by the Prime Minister's Office (PMO) said that Modi assured Banerjee of all possible support from the Centre to help mitigate the situation.

"PM @narendramodi spoke to WB CM @MamataOfficial on the flood situation caused by water discharge from dams in parts of the state. PM assured all possible support from the Centre to help mitigate the situation. PM Modi prays for the safety and wellbeing of those in affected areas," the PMO tweeted.