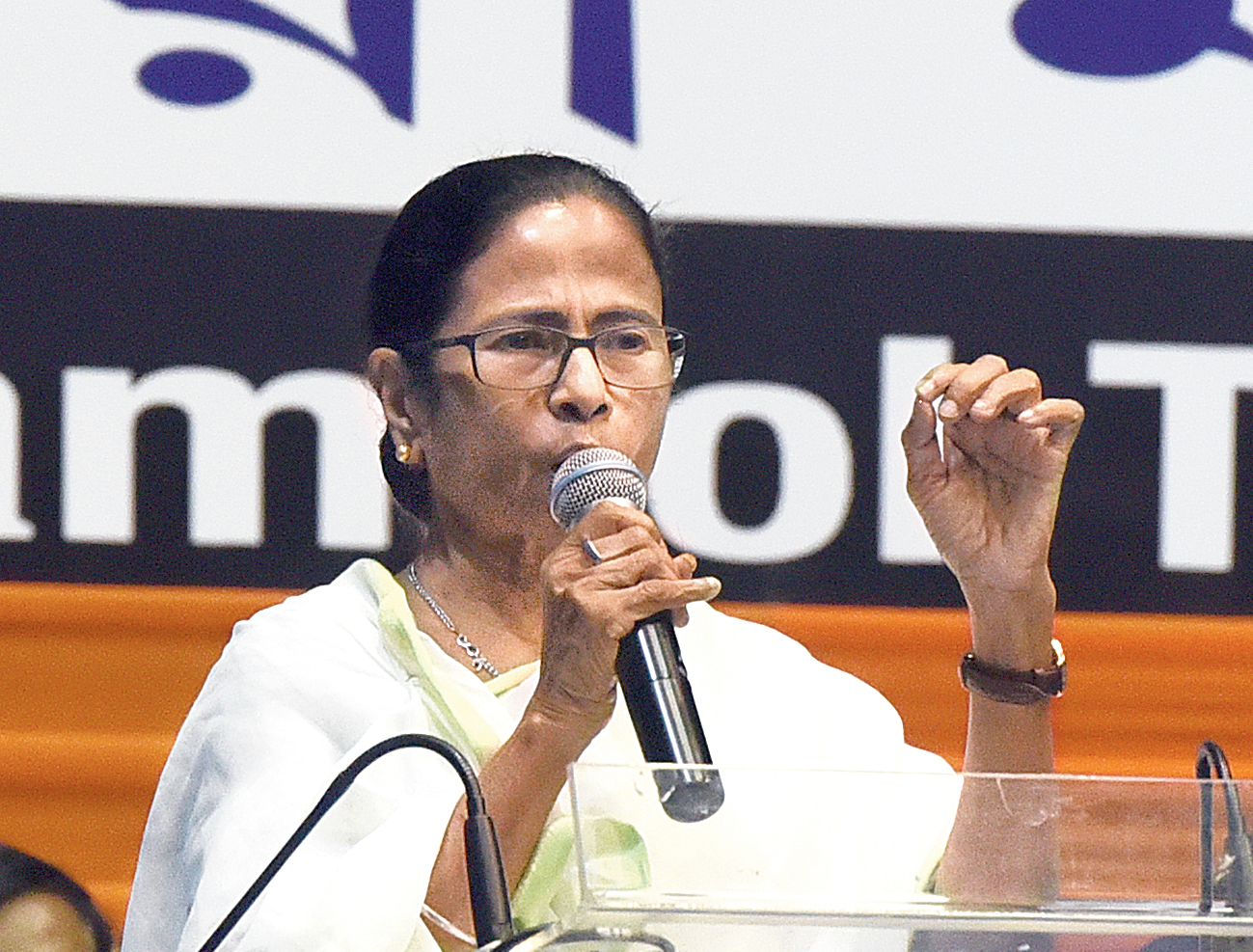 Chief minister Mamata Banerjee ended her silence on the Jadavpur University stand-off on Monday, four days after the trouble, appearing to attack the BJP and Union minister Babul Supriyo over alleged use of force and attempts to fool the people.

The Trinamul chief, addressing a convention of her party’s labour arm at Netaji Indoor Stadium on Monday afternoon, made a passing mention of the JU incident while talking about the state of democracy in the country.

Prior to this, all political statements from the Trinamul camp on the chain of incidents on Thursday surrounding Asansol MP Supriyo had come from secretary-general Partha Chatterjee, also the education minister of the state.

Despite repeated provocations from the saffron camp and a controversy over the role of governor Jagdeep Dhankhar, the chief minister had not spoken in public on the subject.

On Monday, however, Mamata not only broached the subject but also went on to question the Asansol electorate over the second consecutive victory of singer-turned-politician Supriyo.

“The people of Asansol, you gave all your votes… also the people of Durgapur (resulting in the victory of the BJP’s S.S. Ahluwalia from Burdwan-Durgapur)? You poured out everything and gave it to the BJP. What if I ask you now?” she asked, before going on to question the Centre’s purported plans to privatise several PSUs based in the Asansol-Durgapur industrial belt, such as Chittaranjan Locomotive Works, Eastern Coalfields Limited and Steel Authority of India Limited.

Sources in Trinamul said Mamata believes her party and her government have handled the JU situation “very well” and that the buck had to stop with Supriyo.

“We have no love lost for the Left or the ultra-Left. Despite many years of trying, even we have not been able to find a firm foothold in JU. But none of that means one can condone what was perpetrated there by Babul and the saffron parivar on Thursday evening,” said a Trinamul source.