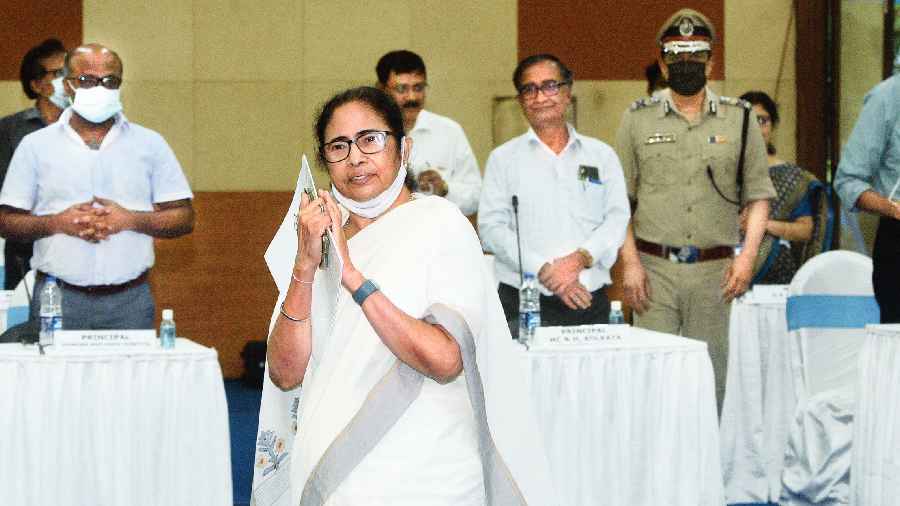 Mamata Banerjee on Wednesday said in no uncertain terms that her government would act tough against private healthcare establishments who refuse to accept Swasthya Sathi cards of the healthcare scheme she had launched ahead of the 2021 Assembly polls.

The health assurance scheme of the state government provides treatment worth Rs 5 lakh for each family free of cost in all the hospitals including the private ones in the state.

Sources said that the chief minister was visibly angry when she heard about multiple complaints that private healthcare establishments were refusing to admit patients who prefer to settle the bills with Swasthya Sathi cards by saying “beds not available” even if they are.

"When we had contacted the hospitals concerned, they cited that bills worth lakhs were pending with the government. Until the bills are cleared, they will not admit patients having Swasthya Sathi cards. This cannot be tolerated,” added a senior health department official.

Many believed that the scheme had played a crucial role in ensuring a landslide victory for the Trinamul in the 2021 Assembly polls for the third consecutive time.

“The chief minister was so proud about the project that she claimed that it was better than the Centre’s Ayushman Bharat scheme after the BJP attacked her for not implementing Ayushman Bharat in Bengal. Now, if people get refused treatment despite having the cards, it does not send a good message,”  said a senior official.

Sources also said that the chief minister was angry over the refusal of Swasthya Sathi cards as she felt that it would send a wrong message before the 2023 panchayat polls.

“People in the rural areas are more enthusiastic over the Swasthya Sathi scheme. If they don’t get benefits, their trust on the government would definitely get dented. No ruling party would want that,” said a source.

Another official said that on an average they receive more than 900 complaints a month of refusal of Swasthya Sathi cards.

“The number is significant as more than 80 per cent people in the state go to government hospitals where they need not produce Swasthya Sathi cards. It is true that bills of private hospitals are not cleared on time. But private hospitals need to understand that they have a role to play in society,” added another official.

The chief minister told the officials present in the meeting that a committee has to be set up which would give permission to critical patients to go outside the state for treatment by availing the benefits of Swasthya Sathi cards.

Sources said that the Bengal government has tied up with hospitals including CMC, Vellore and AIIMS, Delhi to provide treatment to patients having Swasthya Sathi cards.

“But we cannot allow everybody to go to these institutes and produce the cards for any kind of treatment. The chief minister wants only critical patients to get treatment there and the cards are not misused for normal ailments which can be treated here,” said a source.