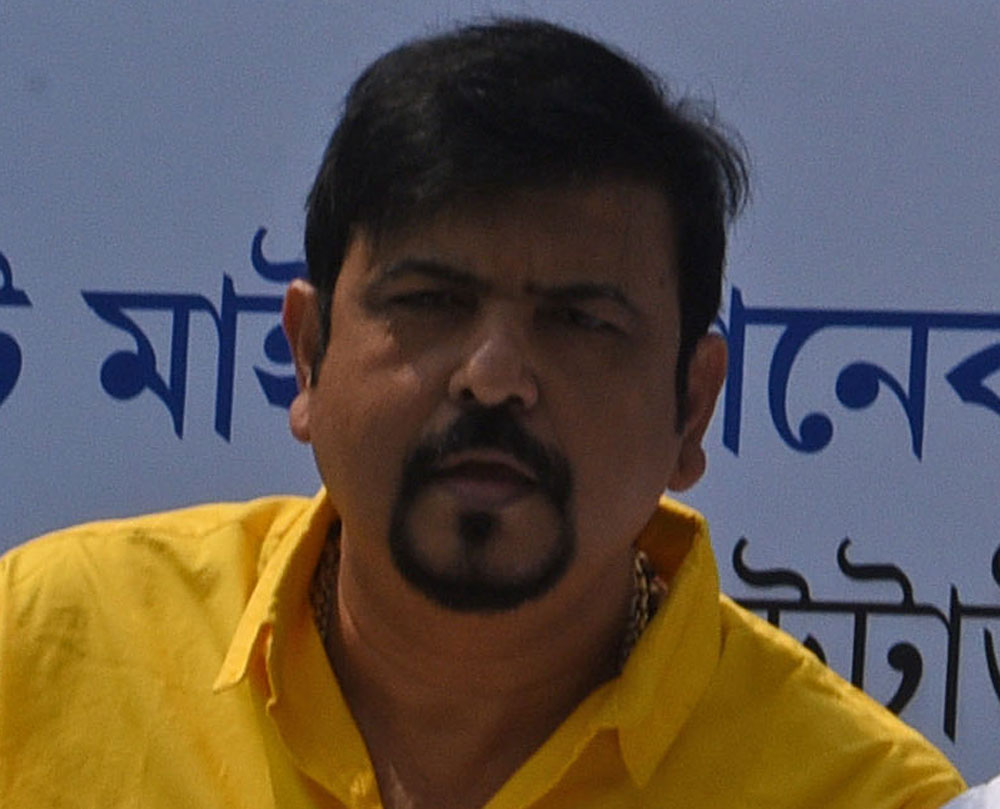 Sujit Bose, the Trinamul MLA representing Bidhannagar (West), will be sworn in as minister of state with independent charge, the government said.
The Telegraph picture
Our Special Correspondent   |   Calcutta   |   Published 19.12.18, 08:32 PM

The Mamata Banerjee cabinet will be expanded on Thursday with the induction of four new members as ministers of state, two of whom will have independent charge.

The expansion will take the total number of ministers to 44, the maximum limit of the cabinet in Bengal.

According to a notification issued by the state government on Wednesday, Trinamul MLAs of Bidhannagar (West) and Baranagar, Sujit Bose and Tapas Roy, respectively, will be sworn in as ministers of state with independent charge at Raj Bhavan here on Thursday. Governor Keshari Nath Tripathi will administer oath to Uluberia (North) MLA Nirmal Maji and Chakdah legislator Ratna Kar Ghosh also, who will be ministers of state.

'After they take oath, the chief minister will distribute their portfolios. It appears there is little chance of major changes as all the new entrants are in the junior rank,' said a senior state government official.

There were four vacancies in the council of ministers. Churamoni Mahato and James Kujur had exited the cabinet following Trinamul's poor show in tribal areas in panchayat polls in May. While Mahato held the portfolio of backward classes welfare, Kujur was junior tribal development minister.

Correctional affairs minister Abani Joardar had resigned earlier this year because of prolonged illness. The latest vacancy was created when Sovan Chatterjee quit as housing minister about a month ago. He resigned from the post of Calcutta mayor also.

Sources in Trinamul said Bose could be given the charge of fire and emergency services department, which had gone to Firhad Hakim following Sovan's resignation.

'Hakim is overburdened as he is the new Calcutta mayor also. The responsibility of the mayor is itself very demanding. He is also handling the urban development and municipal affairs department, which is huge. So, it appears a part of his burden will be shed. Bose is the frontrunner to take over as fire and emergency services department,' said a Trinamul insider.

Sources have said Roy could be given the charge of housing department, which is being looked after by Aroop Biswas, who handles PWD and sports also since the departure of Sovan.

'Aroop is also overburdened and Roy is a suitable candidate to replace him in the housing department,' said a source.

The rest two, Maji and Kar Ghosh, are likely to be given light responsibilities under experienced ministers, the sources said.

Trinamul insiders said four new ministers would definitely inject fresh blood into the council of ministers ahead of the Lok Sabha polls, but the move is also being viewed as an attempt to reward old horses in the party to keep them in good humour.

'There are debates in Trinamul that those who fought against the CPM are being deprived. Some joined the party after it had come to power and became ministers. This was causing trouble for the party. As all four are old horses in the party, it will be helpful for us,' said a minister.