Mamata Banerjee’s scan on spike in cost of essential items 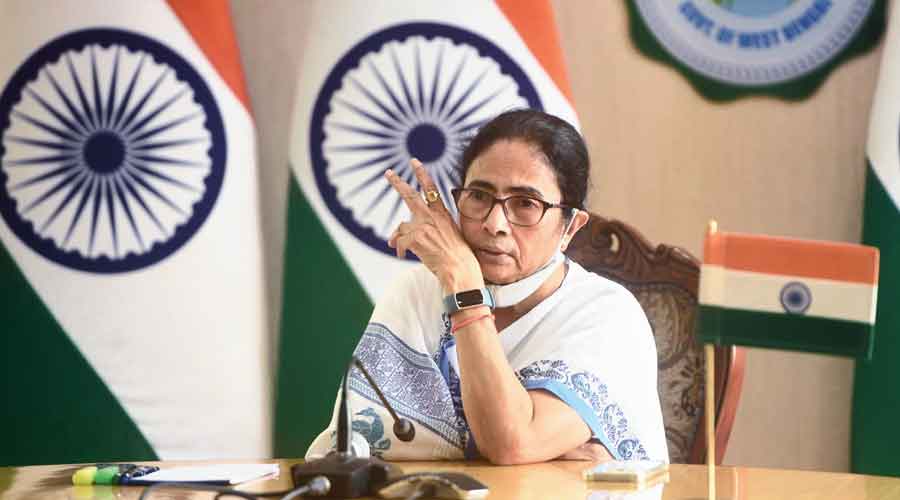 Mamata Banerjee will hold a meeting on Thursday to discuss the spiralling rise in the prices of essential commodities and explore the possibility of initiating some measures to give relief to ordinary people.

In the recent months, a source at Nabanna said, the chief minister’s office received a lot of complaints over abnormal hike in the prices of essential commodities.

“Initially, we found that frequent hikes in fuel prices had led to the situation.... But the chief minister wants to review the entire situation to ensure that traders don’t misuse the situation,” said a source.

According to primary information collected by Nabanna, prices of vegetables, fruits, potatoes and other items of daily need like fish and chicken went up in the past few weeks.

For example, the price of cucumber, an essential item during Ramazan, has gone up to Rs 70 a kg from Rs 40. Dates cost Rs 600 a kg now whereas the price was Rs 150 a few weeks ago. The rate of chicken has reached Rs 230 a kg from Rs 190 a couple of weeks ago and almost all vegetables are selling at a much higher price than before.

“The cost of fuel is indeed the primary reason.… But the chief minister wants to check whether there are other factors and that is why officials of the enforcement branch and Calcutta and state police are invited to the meeting, along with representatives of traders,” said a source.

Secretaries of various departments will also attend the meeting, which a section of officials said holds significance for two reasons.

The first reason is political as Mamata has realised that the hike in fuel prices and its impact on common people have created an anti-BJP mood and she wants to utilise the opportunity to sharpen her attack on the Centre.

Second, the ruling party in Bengal is not in a comfortable situation over issues like the massacre at Bogtui in Birbhum district. “If the chief minister can come forward with a healing touch when common people are suffering, there is a possibility that the public discourse will change.... Besides, she can also showcase her humane face,” said a source.

Mamata had recently alleged that the BJP was trying to divert people’s attention from major issues like the price rise by holding the Trinamul government responsible for the Bogtui incident.

“Now, if the chief minister can catch the BJP on the wrong foot on issues like the price rise, it will help her politically,” said a source.

Currently, there are 517 active cases in the state, 472 in home isolation and 45 in hospitals, according to the state bulletin.

The state’s positive conformation rate — samples which tested positive — was 0.30 per cent, recovery rate 98.92 per cent and mortality rate 1.05 per cent on Wednesday.