Authorities concerned over completing the poll-related arrangements in the area 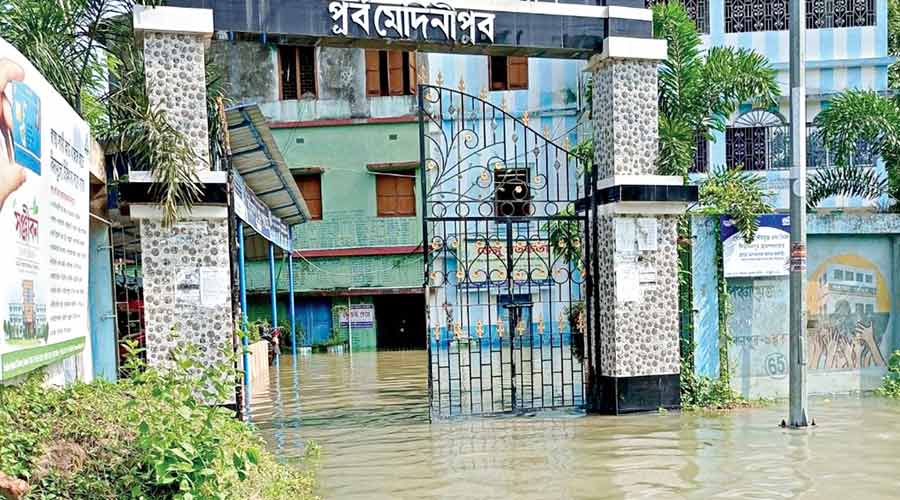 The Mamata Banerjee government has put all south Bengal districts on alert after the Met office predicted heavy rainfall in the region in the next seven days but the authorities asked officials to keep extra vigil in the Bhowanipore Assembly segment of Calcutta where the chief minister is contesting a bypoll scheduled to be held on September 30.

“The chief secretary asked all districts to be ready with dry food, medicine and other relief material to help people in case floods hit the districts. The chief secretary also asked the authorities to keep NDRF teams on standby for Bhowanipore as by-election would be held on September 30 and the state does not want any hindrance in holding the polls,” said a senior state government official.

The heavy rainfall predicted in the next one week has left the authorities worried for two reasons.

First, the state has already witnessed a good monsoon this year and hence, all water bodies, including ponds and rivers, are filled to their capacity. In such a situation, consistent rainfall for the next few days could cause a severe flood in large parts of the state.

Second, the authorities are concerned over completing the poll-related arrangements in Bhowanipore, which is considered to be important for the state administration as Mamata Banerjee has to win to continue as the chief minister.

According to sources, the booths have to be kept ready and polling officers have to be sent there ahead of the voting day.

Moreover, officials need to visit the residences of the elderly and people with physical disabilities with postal ballots before September 30.

“All these preparations could be hurt if Calcutta remains waterlogged in the next few days. That is why the authorities are leaving no stone unturned to ensure that the city, particularly the Bhowanipore area, does not get waterlogged,” said a senior official.

While the authorities are worried over the poll preparedness, the Trinamul Congress appeared to be concerned over the heavy rainfall predicted as it could leave the city waterlogged for a few days just ahead of the polls.

The chief minister herself explained that Bengal had received such a heavy rainfall this year that it had never witnessed in the past 30 years.

“Earlier, the city used to remain waterlogged for seven days. But now, we have carried out several projects so that water recedes within a short span,” Mamata said during an election meeting near Alipore Bodyguard line on Wednesday.

Beside parts of Alipore, Mominpur and Ekbalpur, engineers of the Calcutta Municipal Corporation (CMC) said, Northern Park, Elgin Road and Doctor Sudhir Bose Road were among the waterlogging-prone areas in the Bhowanipore Assembly constituency.