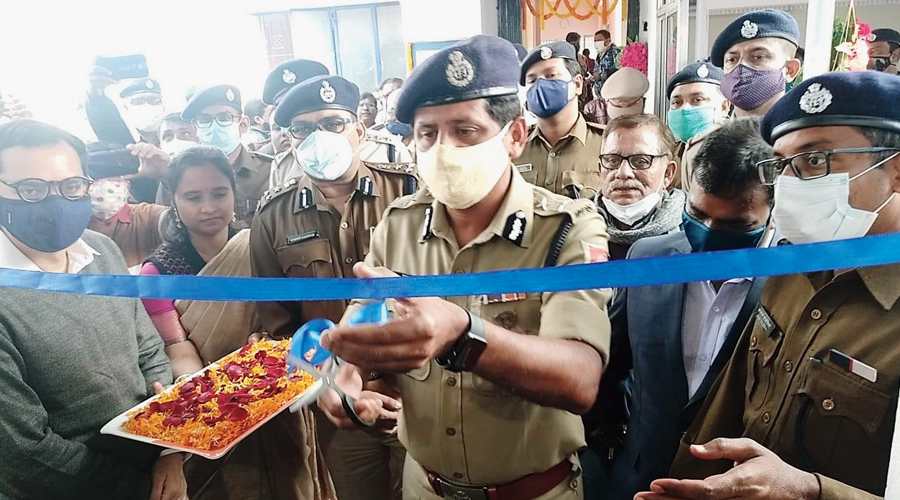 The headquarters of Malda district police was shifted to a new building on Tuesday after a gap of nearly 150 years, keeping in view the requirement of a larger space and to eradicate several other problems which were causing inconvenience for regular activities of the district police administration.

Vishal Garg, the inspector general of police, north Bengal, in presence of other senior police and administrative officials, inaugurated the new police office near the food park on Tuesday.

According to senior researchers of the district, the office of the superintendent of police in Malda that used to function from the first floor of a building on the district court premises, was opened in 1859.

“The building was constructed during the British regime. We have heard since our childhood that the British government had constructed the building when the police and judiciary wings were inseparable. The building is at the centre of Malda town and it has a heritage value,” said Radhagobinda Ghosh, a researcher based in Malda and a Bangaratna awardee.

The headquarter, where the district police chief used to attend his office, was at a stone’s throw away from the district magistrate’s office and the Zilla Parishad.

“The building has an area of approximately 7,500 square feet. But with the growing requirement of more space, it was essential to shift the office. A major problem was the paucity of parking space,” said sources.

The new building, sources said, is nearly 5km from the former building and near the Gour Banga University.

Alok Rajoria, the superintendent of police of Malda, said after he had taken charge, he felt the need to shift the office to a larger space.

“Appropriate initiatives were taken and a proposal was sent to the state government. We checked out some locations and this venue was finalized. The building has been constructed on war footing, keeping in view all possible requirements to run the district police administration smoothly,” said Rajoria.

Garg appreciated the shift and directed district police officials to appraise the common people of the change so that they did not find any difficulty in locating the new office.